150 works, including paintings and sculptures that depict goddesses, gods, demigods, supernatural beings, animals, demons, nymphs, among others, constitute the exhibition India’s Universe: Masterworks of the Los Angeles County Museum of Art, that opens to the public on March 13 in the Centro Cultural Palacio La Moneda, reflecting the cosmology and mythology of the three major religions originating in India (Hinduism, Buddhism and Jainism).Divine and earthly beings coexist in a world focused on the transcendence, in which everything ritual and sacred involves the daily life.

The curatorship, carried out by Stephen Markel from the Los Angeles County Museum of Art (LACMA), organizes the exhibition in five sections: the goddesses and gods; the demigods –generally associated with protective spirits of nature and fertility–, nymphs, musicians and supernatural beings; the demons, characterized as terrifying power figures or large hordes of warriors; the humans, among which are archetypal rulers –representing great virtues and order– as well as religious ascetics who, by means of their strict practices, acquire great powers; and finally, the animals, such as deified elephants, tigers and monkeys.

The exhibition spans a long period of time (from the third century BC to the early twentieth century) and a vast territory that stretches from present-day Pakistan to what is now known as India, which witnesses the development of this civilization. Some of the most ancient works include an elephant with riders from the land of Krishna, Utarr Pradesh, Mathura (India), and a sculpture of the goddess Hariti, of Pakistani origin.

The collection of art from India and South Asia from the LACMA is one of the most complete collections of its kind in the Western world, and it includes several works that are considered masterpieces of humanity. The bulk of this collection was formed in 1969, when the Museum acquired the collection of Nasli and Alice Heeramaneck, which consisted of 345 unique sculptures, paintings and decorative items covering virtually the entire history of Indian art. Subsequently, other significant works were added to this set –some of which are found in this very exhibition–, donated bycollectors connected to the LACMA, such as Harry and Yvonne Lenart, actor Michael Douglas and his ex-wife Diandra, Paul F. Walter and his sister Marilyn Walter Grounds, collector Jane Greenough Green and the prestigious LACMA’s Collectors Committee.

The exhibition in Chile corresponds to a larger version of theexhibition that is on display until February 2012 in the Museo de las Culturas in Mexico City.

Jainism, although practiced continuously since the sixth century BC, is not very well known outside India mainly because, unlike Hinduism and Buddhism, it never spread throughout the world as an organized religion. However, it has long been regarded as the most peaceful religion in the world, due to its strict adherence to the concept of nonviolence (ahimsa), which has inspired such diverse characters as Alexander the Great, Mahatma Gandhi and, through the latter, Martin Luther King Jr.

Founded in the late fifth century BC by the Nepalese Prince Siddhartha Gautama, better known as Buddha (“the enlightened one”), Buddhism is based on the four truths discovered by the young Siddhartha once he leaves the palace to see the world that surrounds him. These Four Noble Truths can be summarized in that life involves suffering, that suffering comes from desires, that suffering ceases when desires are stopped, and that the way to end suffering is to follow the Noble Eightfold Path of the right view, right intention, right speech, right action, right livelihood, right effort, right mindfulness and right concentration.

The religion we now know as Hinduism arises between the years 300 BC and 500 AD and derives from the religion originated in the second millennium BC, which consisted of sacrifices, prayers and rituals performed by an elite priesthood. With the emergence of Hinduism, many of the Vedic deities personifying natural forces and celestial realms were reconceived, others faded away and some subsidiary figures took prominence.

The cycles of the universe are paramount and the figures defining them are Brahma (the creator), Vishnu (the preserver) and Shiva (the destroyer.) Vishnu and Shiva became the devotional focus of two major sects of Hinduism: Vaishnavism and Shaivism, respectively. While the importance of Brahma waned, he is still worshipped in certain rituals, such as marriages.

Complementing the exhibition, the photographic display Destination: India will be open from March 24. Tomás Munita, Francisco Pereda, Mónica Oportot and Álvaro Gagliano share their travel photography showing people, scenes and landscapes of India, allowing the audience to approach several aspects of this country of significant social contrasts and a vast visual and spiritual richness.

Every Saturday, from March 17 to June 16, at 11 AM, teachers with vast experience from the Sakhyam Yoga Center will offer free classes open to the public in the central hall (level -3), providing a unique opportunity to practice thisancient discipline. Participants must bring their own mat.

Festival of Arts and Traditional Culture

In association with the Indian community in Chile, the Festival of Arts and Culture of India will take place on April 13-14. Some of the activities include dances, music, exhibition of musical instruments and traditional costumes of the ancient dancesBharatanatyam and Kathakali, as well as a demonstration of body painting techniques based on Henna.

Throughout the exhibition, the Cineteca Nacional will offer a film schedule of Indian authors and other films related to this country. In addition, between May 7 and May 13, the Bollywood Film Festival will take place with a wide range of productions from this Indian film industry, which has a large presence in today’s global market. Commercial movies that are little known in Chile, from genres such as comedy and drama, will dominate this Festival.

As an extension of the exhibition, between April 13 and June 4 a series of open meetings regarding the Universe of India will take place, in order to bring our audience closer to an understanding of the history and world view of this fascinating culture. Topics such as Buddhism and its practice, Hinduism and its history, Gandhi as a key figure of the independence, as well as the architecture and art of India, will be addressed by various experts. Healing practices and rituals associated with yoga, meditation and dance will also be available. 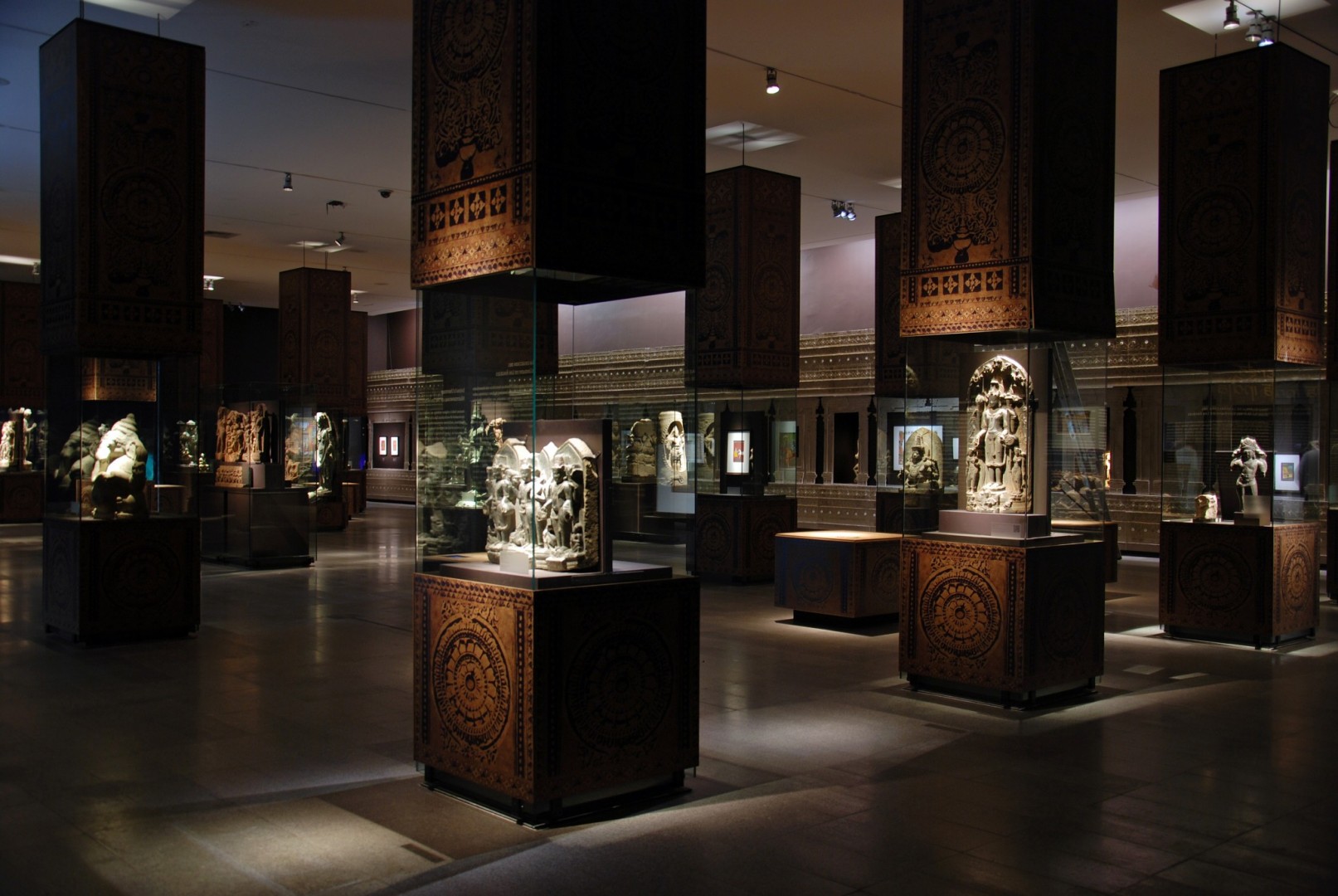 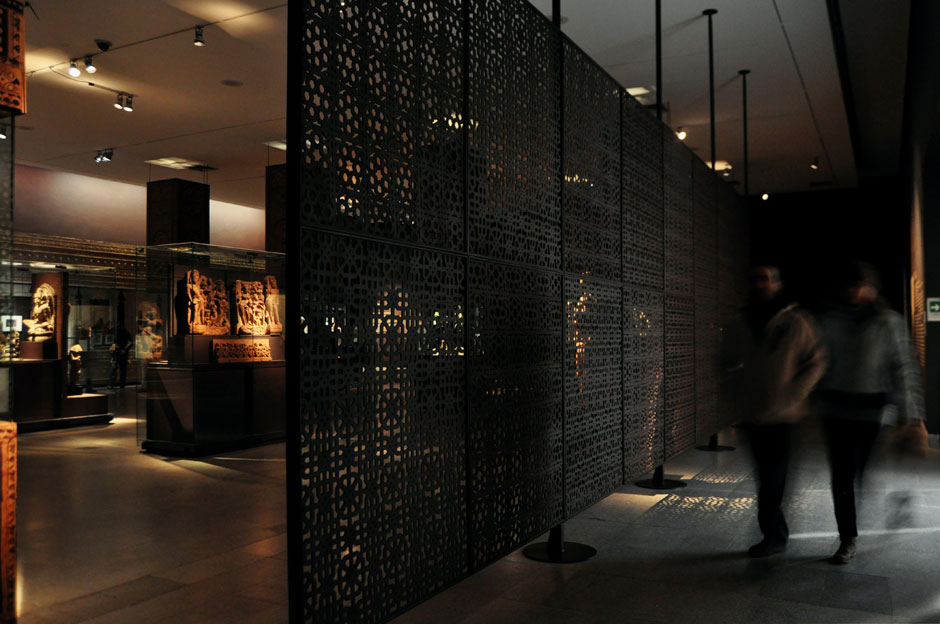