Living Work presents a journey through the artist´s life and legacy, with works made in a variety of techniques, such as oil on canvas, painting on paper, cardboard, wood, articulated toys, and publications that reveal his overflowing creativity. The exhibition was curated jointly between the Torres García Museum, which is directed by Alejandro Díaz Laegard, and the team at Centro Cultural La Moneda, led by its director, Beatriz Bustos Oyanedel.

“This joint curatorship has allowed to bring a unique exhibition together, that includes works from the Torres García Museum, pieces from Museo Nacional de Artes Visuales of Uruguay and Museo de la Solidaridad, as well as from private collections, which turns this exhibition into an opportunity to contemplate not very well known works, with an overall view at Torres Garcia´s universe”, Beatriz Bustos Oyanedel explains.

Living Work is a journey throughout Torres García’s world that examines his creations from a family perspective up to his activity as a teacher, and his evolution as an artist and thinker; his traditional works; and the creation of the Constructive Universalism. “It is an unprecedented exhibition, because Torres García´s different universes had never been shown in relation to each other”, notes Alejandro Díaz, director of the Torres García Museum.

The exhibition shows his career path and its facets. You can see everything from his first work, Portrait of Mister Gandelbeu, made in 1886, when he was only 12 years old, to his original desk, brought from Montevideo. His toys, which were afterwards commercialized as Aladdin Toys, occupy a very important place, and reveal his most playful side; these works include the small theatres he built for his children, which are displayed along with its sceneries and interchangeable characters. These pieces, as well as those from the section dedicated to his family, show Torres Garcia’s most intimate perspective.

The exhibition Living Work seeks to summon both adult and young audiences: thus, a table with Torres García’s replicas is exhibited at the Pacífico Hall, that the assistants will be able to manipulate, to experience creativity through play as a prime mover for art, one of the Uruguayan artist’s premises. “In this exhibition, as well as that of J.M.W. Turner in the Andes Hall, we wanted to send a signal that, with very little, with minimum materiality, great works can be created, built, and question emotions”, Beatriz Bustos Adds.

Another key milestone in Torres García is his facet as a thinker, breaking with the dominant language to think of the South from the South. His iconic work América Invertida (1943) is part of this exhibition, in which he declares: “Our North is the South. There must be no North for us if it is not an opposition to our South. This is why we put the map upside down now, then we can have a fair idea of our position, and not as they want in the rest of the world. From now own, America’s tip, extending, points insistently towards the South, our North”.

From his artistic, educational and philosophical endeavours, Torres García always defended the search for pure art, established in the communication between human being and the cosmic order, from which his concept of Constructive Universalism emerged.

Born in Montevideo, son of a Catalonian father and Uruguayan mother, he demonstrated his interest for painting from a very early age. At 17 he migrated with his family to Barcelona, were he abruptly discovered an intense city and culture. Travelling became a constant factor in his life: he wandered through other cities of the world, such as Paris and New York.

His role as a father and teacher moved him away from the classic image of the lonely artist, to give way to that of a simple and modest man, who looked after his family’s livelihood along with his wife, Manolita Piña de Rubíes.

He founded his handcrafted toys factory in New York. These pieces were not made of china or cardboard: they were solid wood toys, painted with striking colours, and designed to bear children’s hits and shakes, starting with his own.

Later, while living in Paris, he founded the Cercle et Carré (Circle and Square) abstract artists’ movement, formed by important avant-garde artists such as Piet Mondrian, Michel Seuphor and Sophie Taeuber-Arp. Back in Uruguay, he devoted himself to his workshop School of the South, where he mentored generations of artists with such a unique imprint, that it is defined as an artistic movement of its own kind. 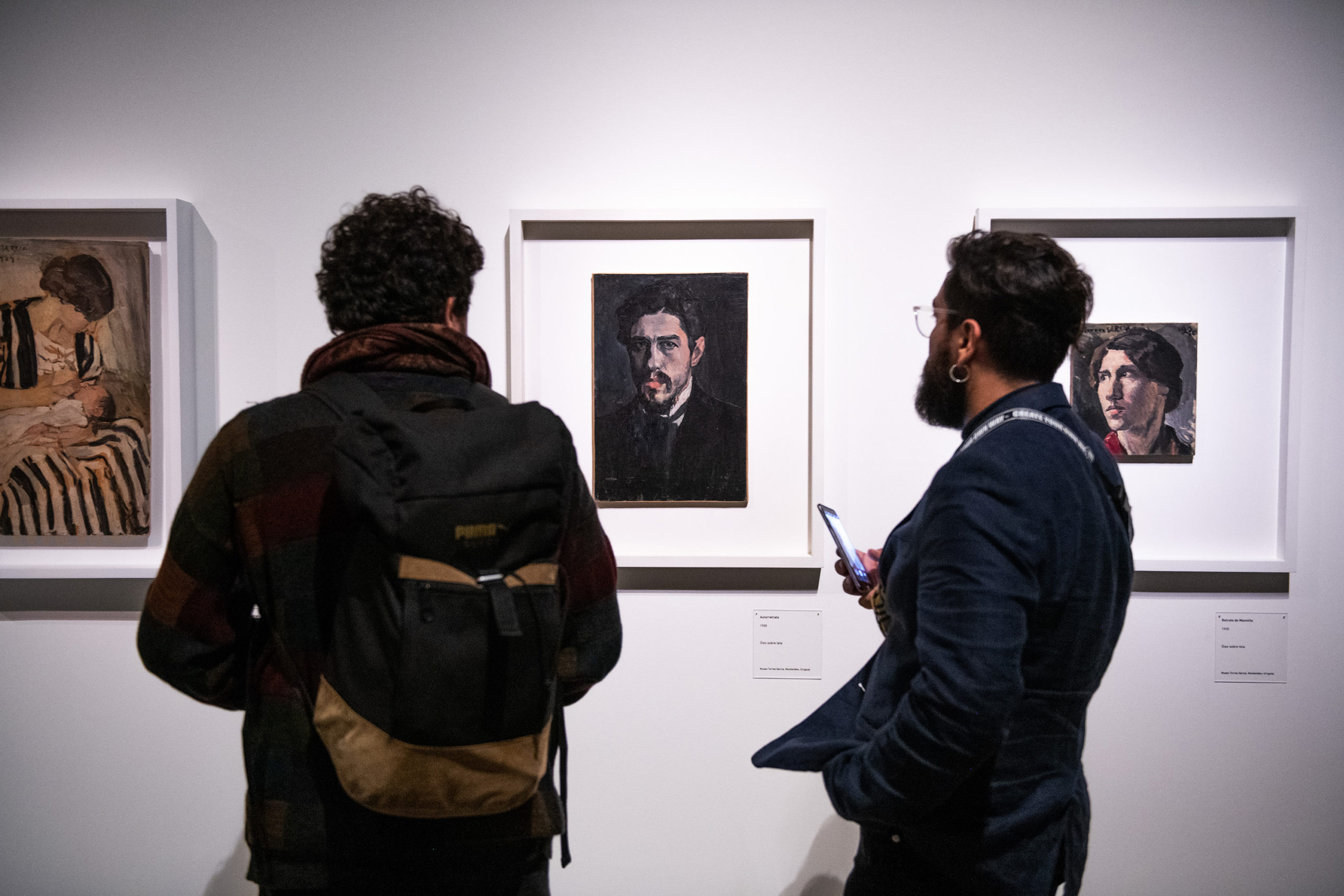 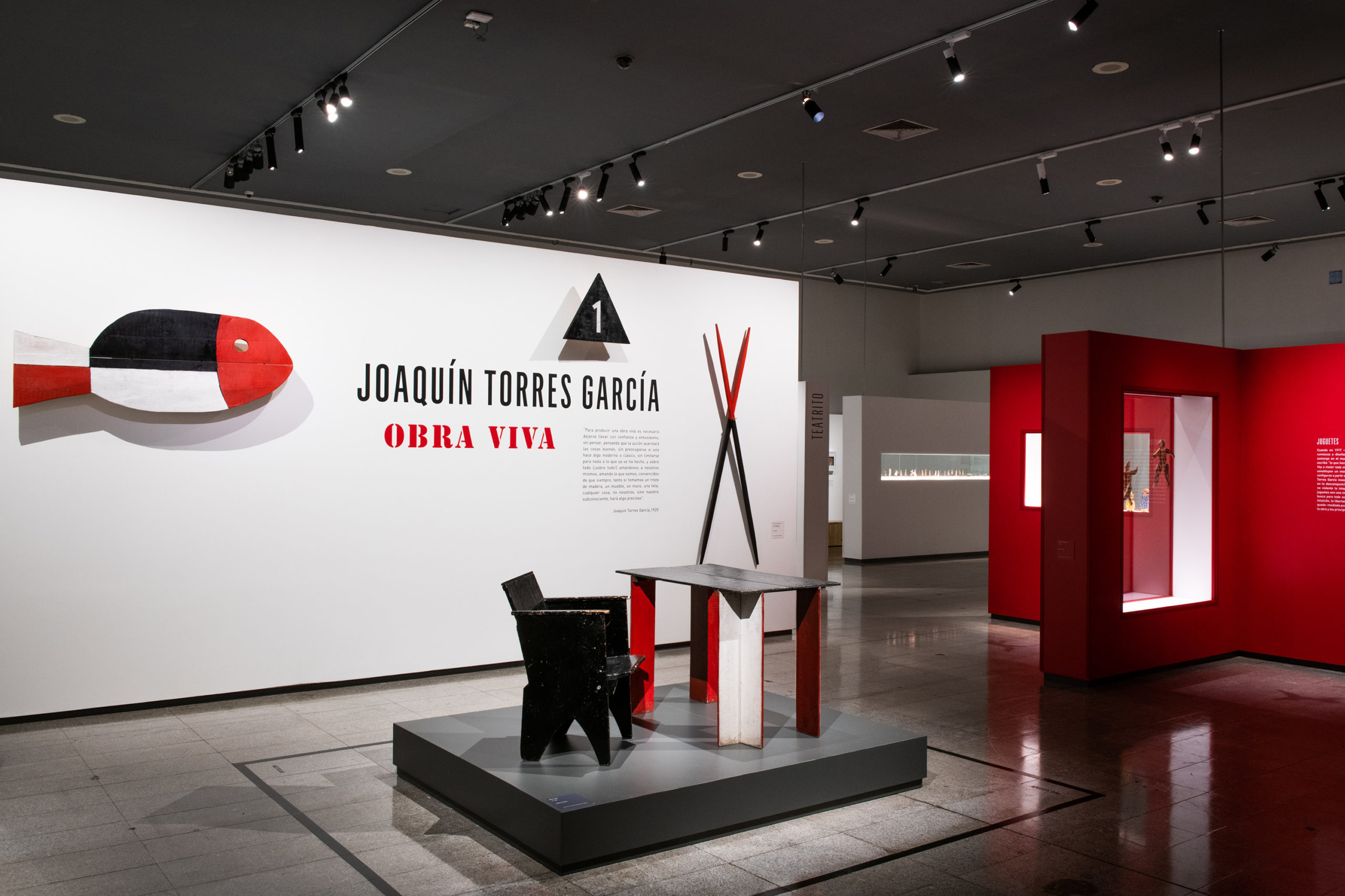 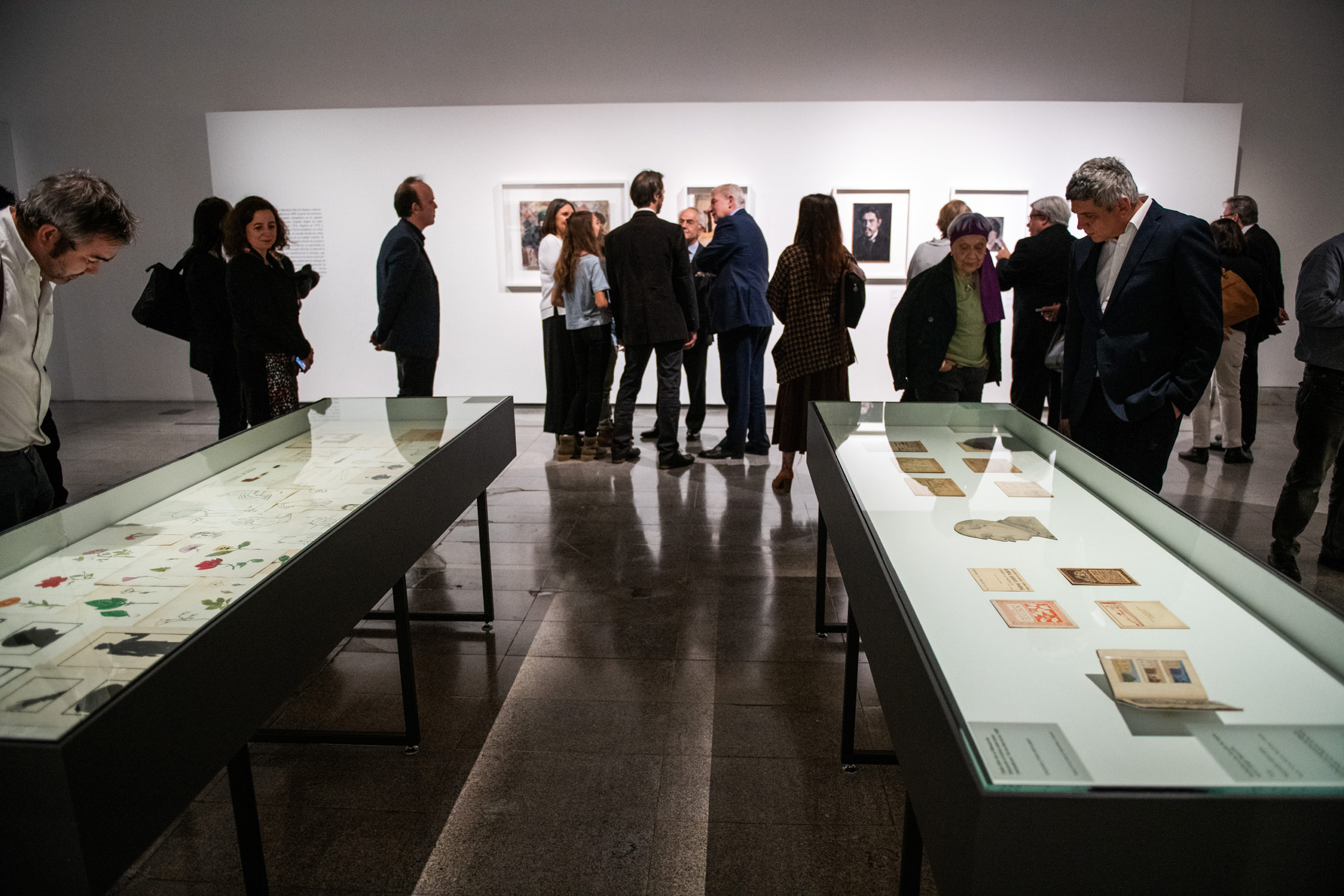 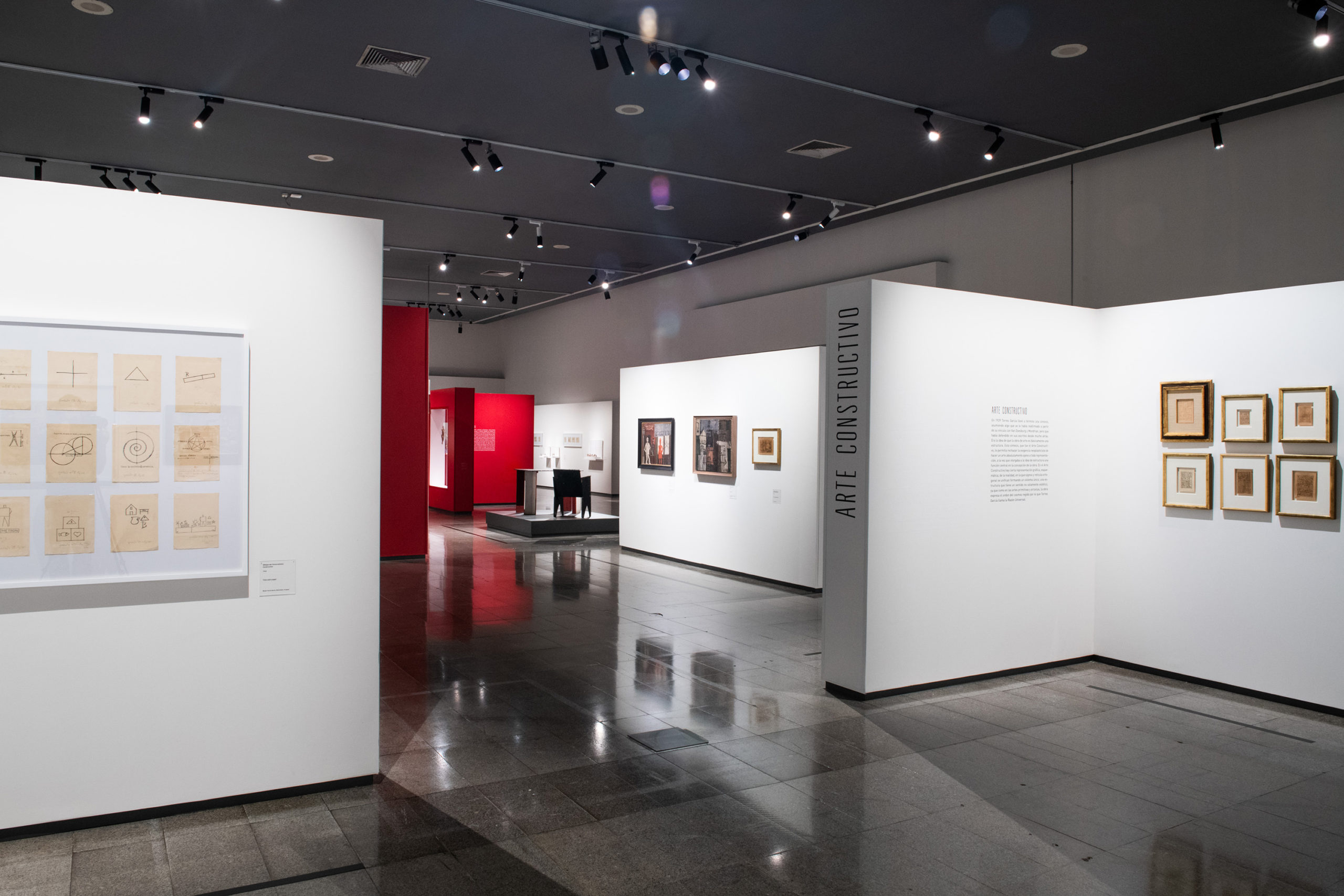 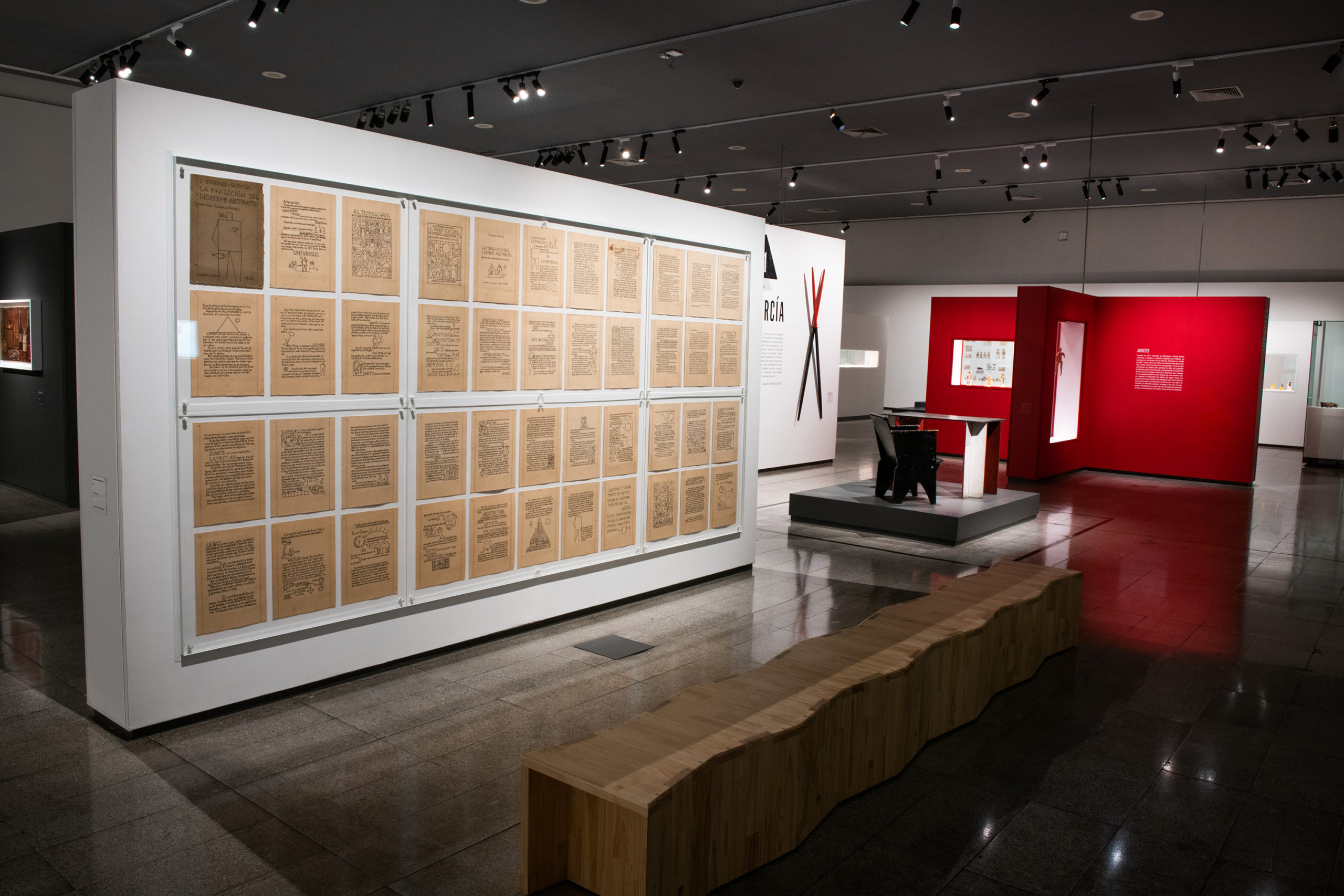 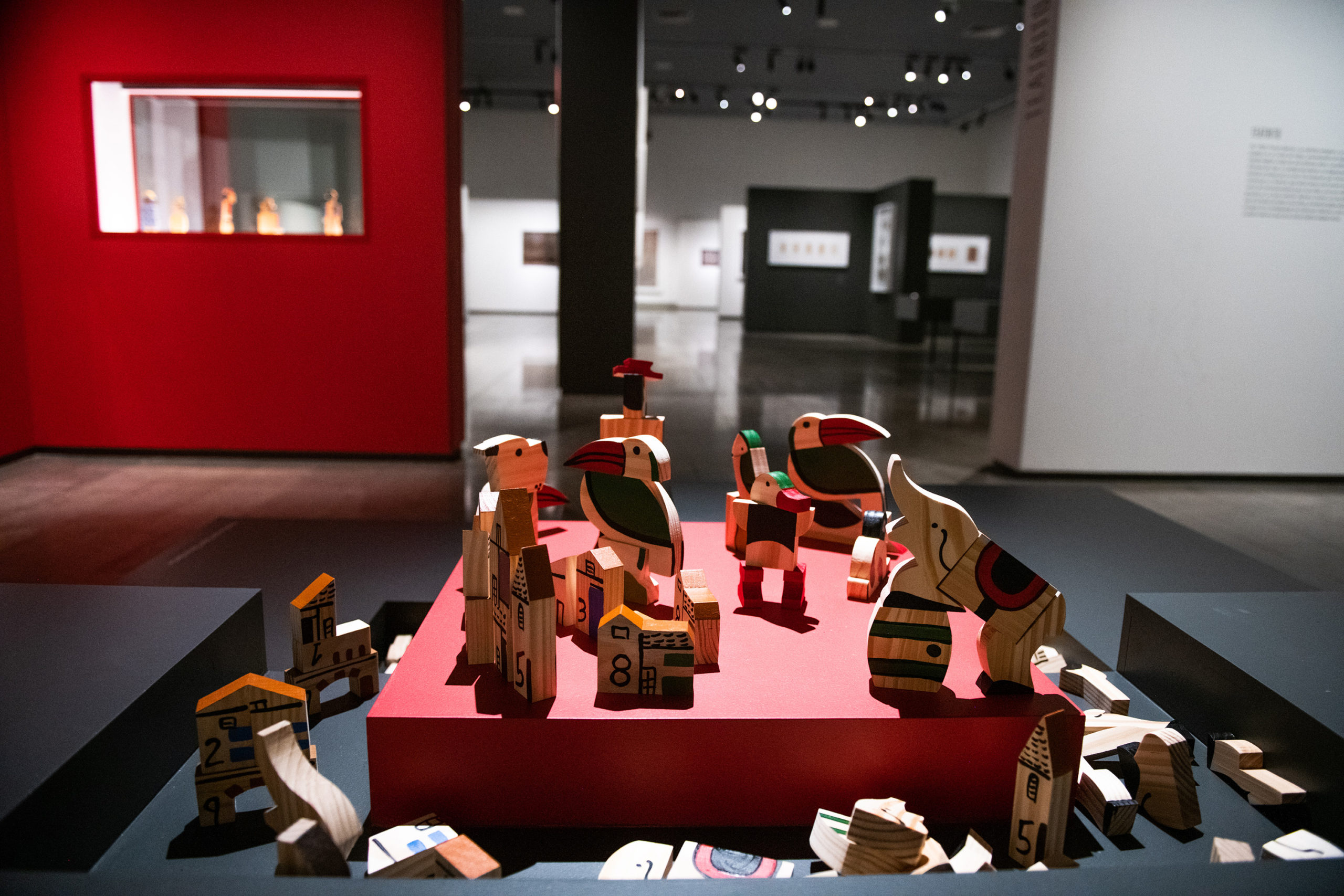 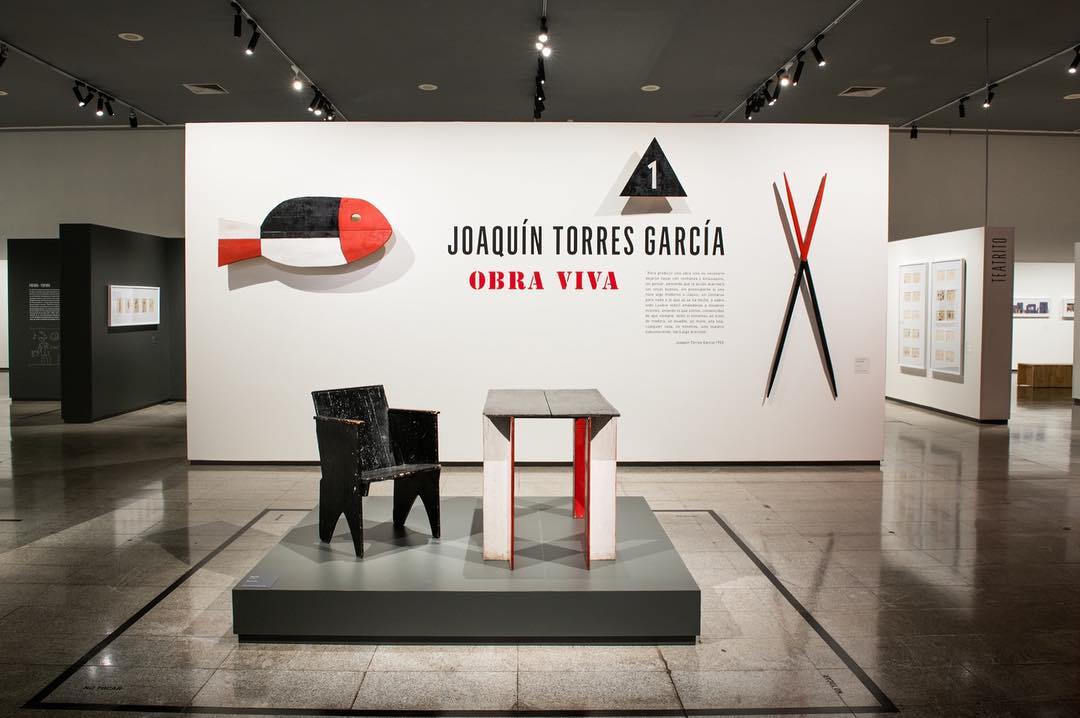 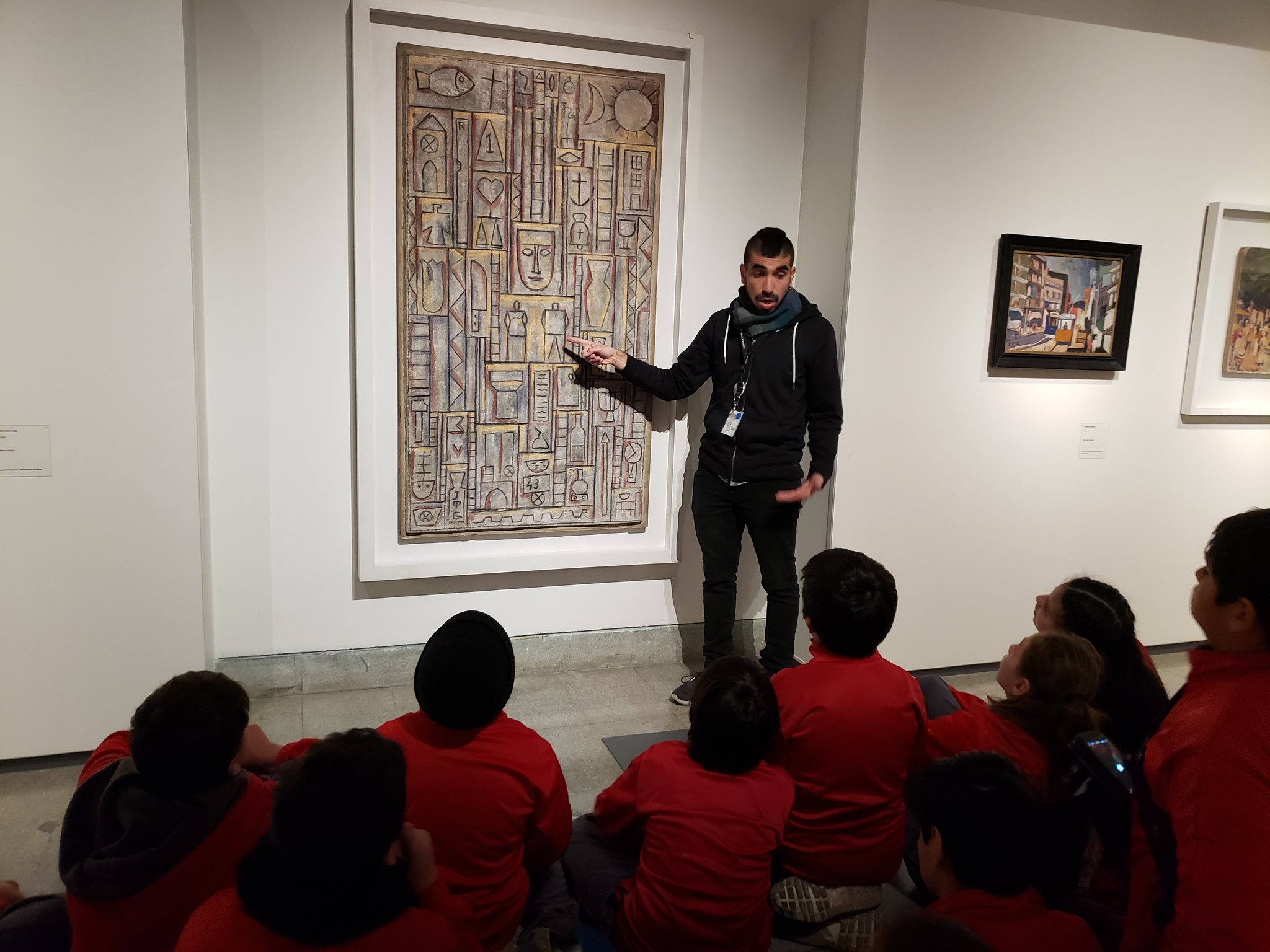 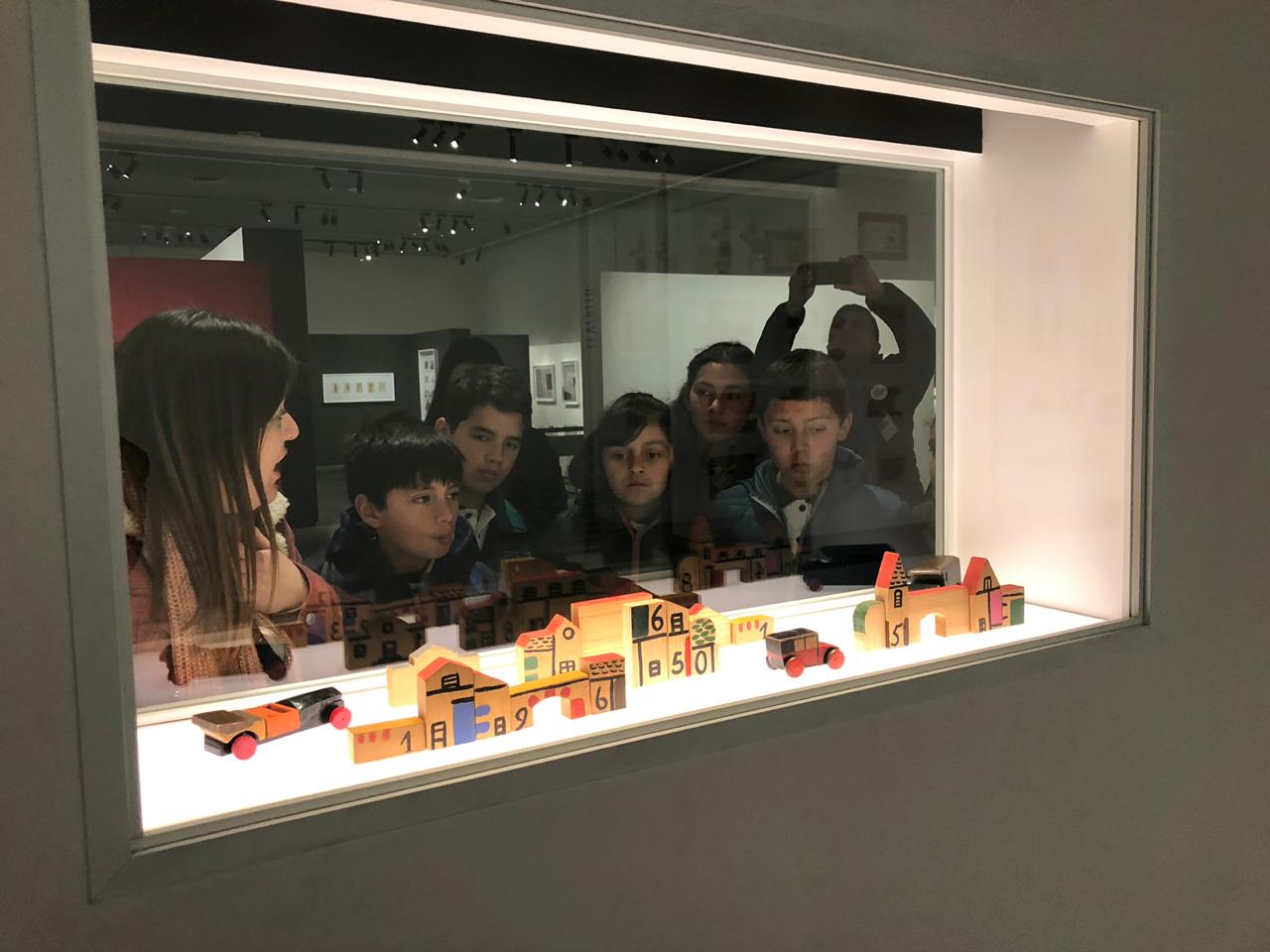