By making ones way through a selection of furniture and objects such as: sugar bowls, vases, ashtrays, egg cups and chandeliers, among others, the exhibition Influence on Chilean design will give the opportunity to learn about the way in which, this notorious German school of design has pervaded into the creations of this territory.

Everyday objects such as tables, chairs, lamps, kitchen appliances and vases are part of the Bauhaus. Influence on Chilean design exhibition, curated by Hernán Garfias, and carried out jointly between the Ministry of Culture, Arts and Heritage and Centro Cultural La Moneda. The exhibition, which includes Chilean design pieces of global relevance, presents the principles of this famous and groundbreaking German school of design through a variety of works, and its irradiations in our country.

Bauhaus. Impact on Chilean design reveals, through the exhibition of the renowned Laccio tables, Cesca chairs, Wassily armchairs and designer Cristian Valdés’ A, B and C chairs, how this mythical school’s spirit has been absorbed by national designers, demonstrating through these objects of everyday use that Bauhaus merged into the heart of Chile’s XX century, to present times.

“The exhibition tries to bring together Bauhaus’ inherited language to the expression developed by Chilean designers when wanting to Be Modern. And that was possible, due to the expansion of masters and students from Bauhaus throughout America. Some who had their formation there, started arriving at an early stage due to exile, who later became part of the ones who influenced within the universities of Architecture from the period, and later, to the programs of the first Design schools in Universidad de Chile and Universidad Católica” as Hernán Garfias, designer and curator of the exhibition, explains.

Bauhaus’ influence in Chile is expressed in the selection of objects that make up the exhibition, through the simplicity of shapes, functionality, the aesthetic connections with contemporary art, basic colours, geometry, purism, and an avant-garde spirit beyond all passing trends, aimed at communicating the Modern Being. Bauhaus. Impact on Chilean design gathers prominent pieces of furniture, such as Juan Ignacio Baixas’ canvas and wood chair, which was selected as part of New York MOMA’s permanent collection.

“Under the concept of ´less is more´, the Bauhaus school sought to create, from its origins, works that delivered practical and simple solutions to the social demands of the time, resuming in this path the lost unity between arts and crafts, increasing the value of arts and trades, and eliminating hierarchies between artist and artisan. By learning how this school has influenced this territory’s creations, we are invited to examine our relationship with art, architecture and design, and how the ties between them make it possible to imagine and project a future for the inhabitants” Beatriz Bustos Oyanedel, director of Centro Cultural La Moneda, affirms.

For most Germans, it is surprising to see the influence of Bauhaus in Chilean architecture. The national political context of the second decade of the XX century tuned in with the principles of the famous German school, oriented towards a modern city, with a social emphasis. In Chile, as well as in Germany, masters managed to transmit the possibility of building a new world, thanks to techno-industrial development. On this basis, cities, universities, building complexes, neighbourhoods, industrial design, and object graphics have been projected.

Chile’s architecture and design was receptive to Bauhaus aesthetics up to the 70’s, which can be evidenced in the construction of ship-houses, of curved and white façades, with portholes, large windows, and very geometrical shapes. There are very emblematic buildings in Santiago, such as Sergio Larrain’s “ship”, or Universidad de Chile’s law school, by Juan Martínez Gutiérrez, in addition to hospitals, schools and civic buildings that pick up this language. In Lota, the pottery factory designed pieces with geometrical shapes and basic colours.

Architects and teachers had a direct impact on Universidad Católica’s School of Architecture, and on the subsequent creation of the School of Design, in direct relation with the Bauhaus principles. They also influenced the transformation of visual arts, as in the creation of Taller 99 (Studio 99), led by Nemesio Antúnez; the Engraving Biennial; and Eduardo Vilches’ Colour course at Universidad Católica.

Under the influence of the Bauhaus’ heirs, Chile was reborn upon being modern, and took its first steps towards development, with a growth of the mining industry together with the construction of new harbours and airports, highways from North to South, the railroad, Santiago’s subway, shipping companies, urban development, Viña del Mar, San Borja and Tajamar towers, border crossings, electric dams, water channelling, and the airline to connect us with the rest of the world.

The new furniture industry started straying away from the imitation of English and French styles from previous centuries, to design and manufacture the first lines for offices in wood and metal. Jaime Garretón and Cristián Valdés, young architects from Universidad Católica, created the Singal factory, manufacturing desks, chairs, armchairs, tables and floors with functional lines and basic colours, made from moulded wood. The metallurgical industry boom began in the same period, with the surge of brands such as Mademsa, Fensa, Somela, Sindelen, IRT, Bolocco, and Sunimet, among others.

During the second decade of the XXI century, State instances for the diffusion and internationalization of Chilean design were created, which since then has become bigger by participations in world events, such as 100% Design London, Salone Satellite Milano, Design Junction, London Design Week and Wanted Design New York, to name a few.

A few years ago, Centro Cultural La Moneda extended the activities of its Design Gallery (the first dedicated to this discipline in Chile) with the exhibition Hitos del diseño del siglo XX, which included models of chairs designed by Bauhaus. The present exhibition gives continuity and deepens this instance, demonstrating how the German school, which turns 100 years, left a deep footprint in Chile, present in the current creations of its designers. 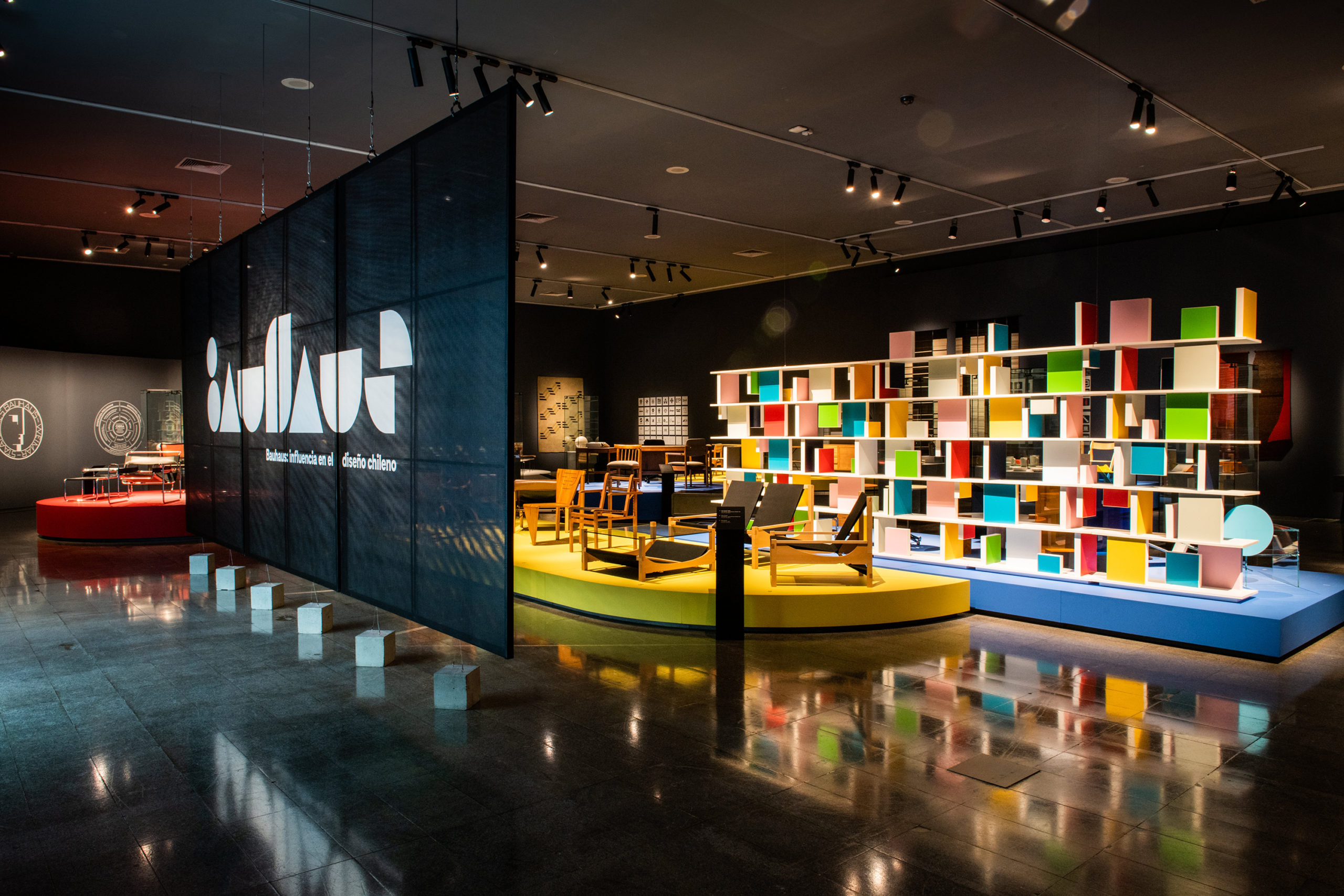 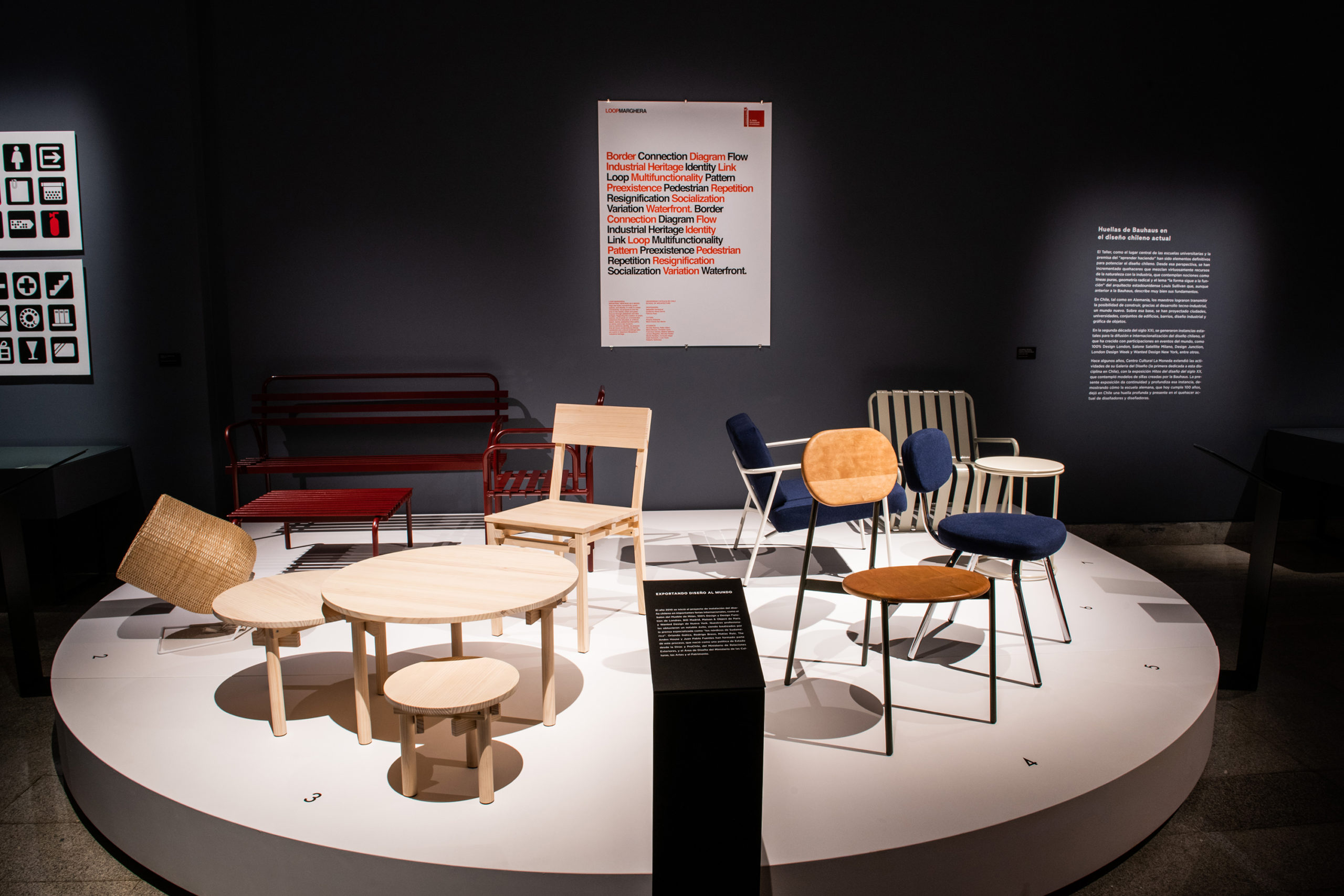 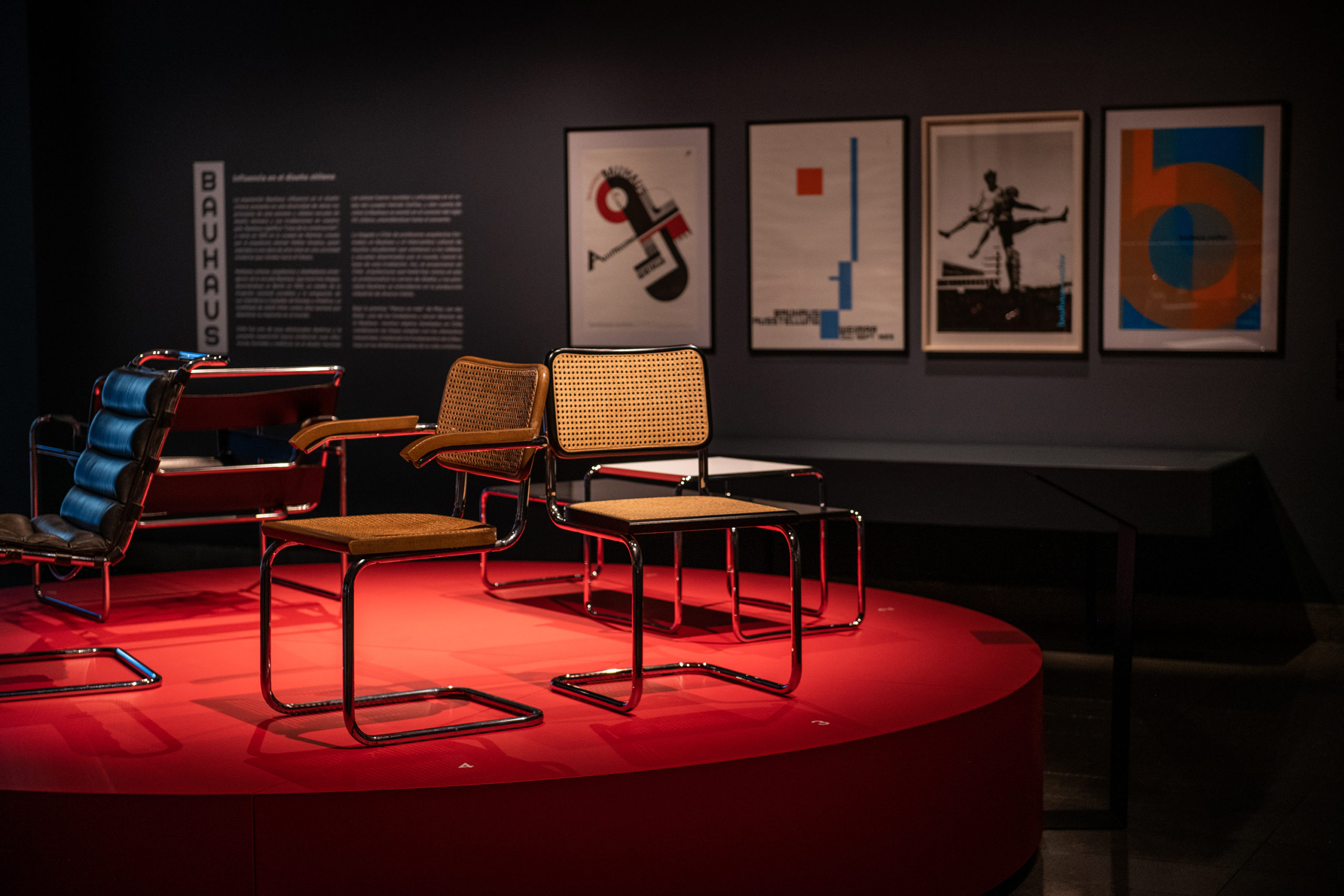 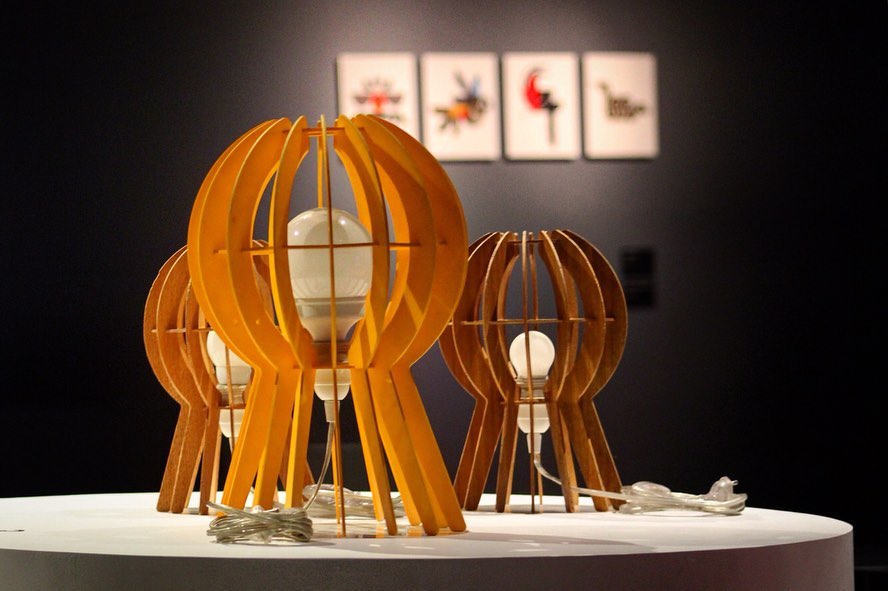 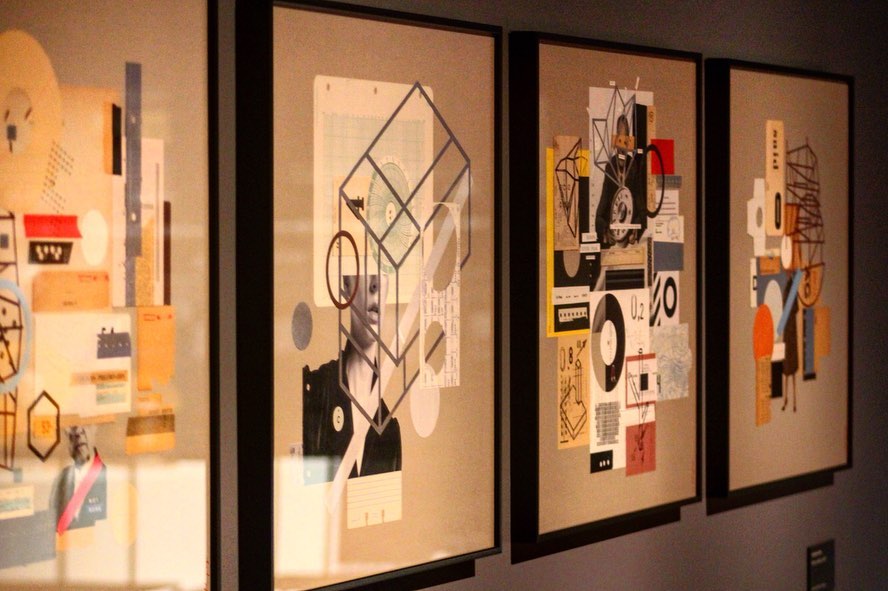 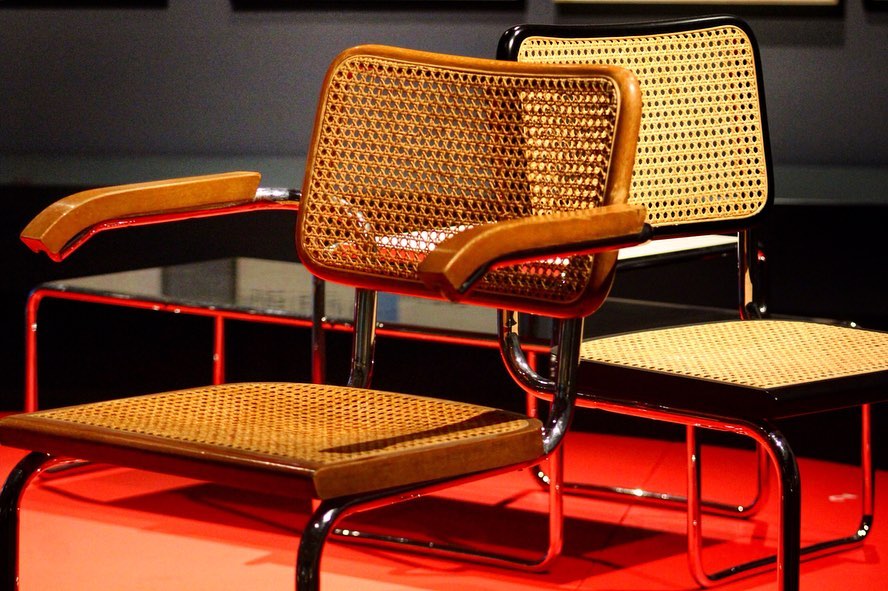