Conceived as the Cultural Center´s Bicentennial Exhibition, Gold and Silver: the Glow and Splendor of America featured a collection from over a dozen museums in Latin america revolving around the topics of power, religiosity, civilian life and everyday use. The exhibition includes pre-Hispanic symbols of status, huaso and gaucho tools, ornaments, coins, liturgical objects and decorative arts which account for the continent´s social history, from pre-Columbian times to the republic, highlighting both common and distinctive aspects of regional identities.

In the words of Alejandra Serrano, Executive Director of the Centro Cultural Palacio La Moneda, “this exhibition is the best bicentennial celebration for a civic space such as this. Not only because it provides access to all Chileans to valuable assets scattered throughout various public and private museums in latin America, but also because it highlights the fact that the bicentennial is an event we share with other countries in our continent, with whom, from pre-Columbian times to the present, we have a common history, culture, sensitivity and social problems”. The Director highlighted the importance of this joint effort and the growing support and commitment of the private sector, without which it would be impossible to carry out an initiative of this magnitude.

Edgar Basto, President of Minera Escondida said that “for Minera Escondida it is a privilege to present, in conjunction with the Centro Cultural Palacio de la Moneda, the largest exhibition of gold and silver held in our country, especially at this moment when we are celebrating the republic´s bicentennial. With this exhibition, both institutions express their commitment to provide public access to cultural activities that enhance our cultural heritage, at a center that has consolidated its position as one of the most important cultural circuits of the city and the country”.

The pieces exhibited at the Centro Cultural Palacio La Moneda were provided by the Museo de Arte Popular Americano Tomás Lagos (MAP), the Museum of Decorative Arts, the Chilean Pre-Columbian Museum, the Museum of National History, the La Merced Museum, and the Museum of Colchagua, in addition to the Parroquia Nuestra Señora de la Merced, Petorca, Chile; the Spanish American Art Museum Isaac Fernández Blanco, in Argentina; the Gold Museum, the Bank of the Republic of Colombia, the Pedro de Osma Museum and the Larco Museum in Perú; the National Museum of Costa Rica, the Banco Central del Ecuador Museum; the Gaucho Museum in Uruguay; the Museum Casa Nacional de Moneda in Potosí, Museum of sacred Art of San Miguel de la Ranchería of Oruro and Murillo Museum, Bolivia, and the National Museum of Viceroyalty of Mexico.

The exhibition is organized around topics that cut across the entire Latin American continent. The development of the metallurgical tradition of gold is one of the most important in the world and is closely linked to the worldview of pre-Hispanic societies, with objects used as symbols of power and status. This is widely expressed in sets of small pieces from the Gold Museum in Colombia (which include gold nose rings, pectorals, diadems and earrings) and the National Museum of Costa Rica, as well as funerary objects from the larco museum in Peru and the collection of the Central Bank of Ecuador.

Siver work is expressed in the jewelry, personal ornaments and liturgical and everyday objects. Silver collections from Bolivia, which had an important mining center for the whole continent in Potosi also stand out, the colonial Mexican silver collection as well as the important collection of mapuche silver objects from the Museum of American Popular Art Tomás Lagos, which accounts for the wealth of this group of people and the use of precious metals as symbols of prestige and social hierarchy in the Indian world, as well as the liturgical objects used in the churches of Peru, Argentina, Bolivia and Chile.

The topic of male identity, predominant in rural areas, is expressed through tools, stirrups and other gaucho and huaso elements from Uruguay, Argentina and Chile, the latter with a set of pieces from the Museum of Colchagua. Chilean gourds, from the Museum of Decorative Arts; Uruguayan gourds, from the Gaucho Museum and Argentinian gourds from the Fernández Blanco Museum, as well as some Peruvian and Bolivian gourds, reflect the mestizo tradition of consumption of maté which was still part of the Creole society until the late nineteenth century, adopting different characteristic in each region. The exhibition included a number of incense burners, prized items during colonial times that were used to scent interiors in Peru, Bolivia, Chile and Argentina.Listen

The use of gold and silver in the manufacture of articles for the consecration and offering is approached from the pre-Hispanic mortuary tradition to liturgical use, especially the Eucarist, drawing parallels between the chalice and pre-Columbian ceremonial ciboriums. The collection also includes stunning sets of figurative pieces for ritual use representing animals and supernatural beings from the Gold Museum of Colombia, the National Museum of Costa Rica and the Larco Museum in Peru.

The Splendor of America

The Spanish were attracted by the wealth of metallurgical and goldsmithing traditions in America and settled near production sites, thus contributing to fill the Crown´s coffers. The exhibit also contributed to higlight the new techniques adopted by native metallurgical and goldsmithing traditions with the arrival of the Spaniards which promoted the flourishing of new markets for luxury and functional goods. All these pieces attest to the technical and aesthetic mastery of indigenous craftsmen, especially in Ayacucho (Peru) and Potosi (Bolivia).

Colonization also brought the need for gold objects in the service of evangelization and consecration. Custodies and chalices from various Latin American museums as well as the Church of Nuestra Señora de la Merced, in Petorca, reflect this phenomenom.

In terms of every day use, the production of these objects was consolidated during the republican period when the first latin American productions of decorative arts began to develop. The growing trade between the new republics and the development and manufacture of coins after the independence is reflected in the remarkable collection of nineteenth century American numismatics from the National Historical Museum which included gold and silver coins. 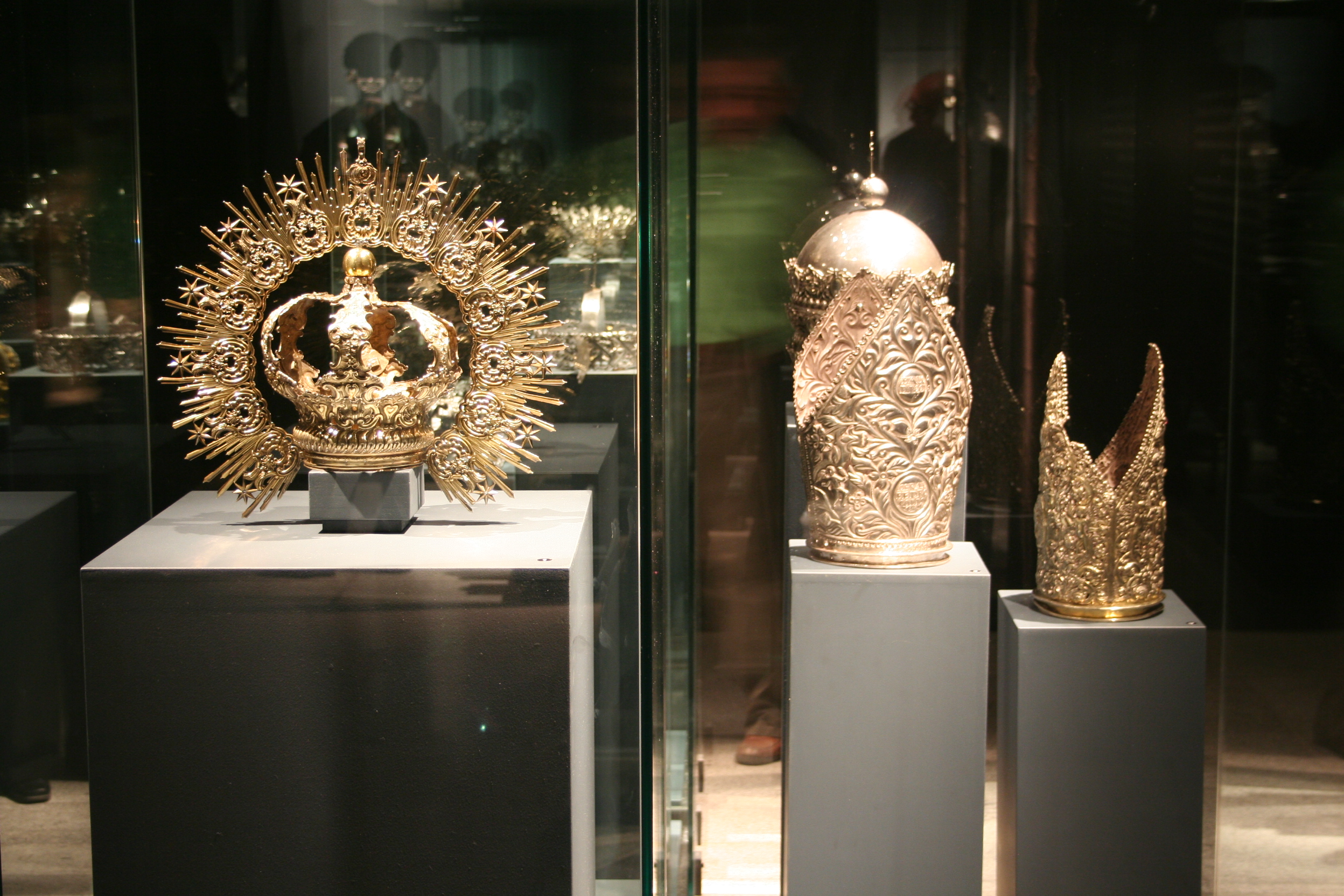 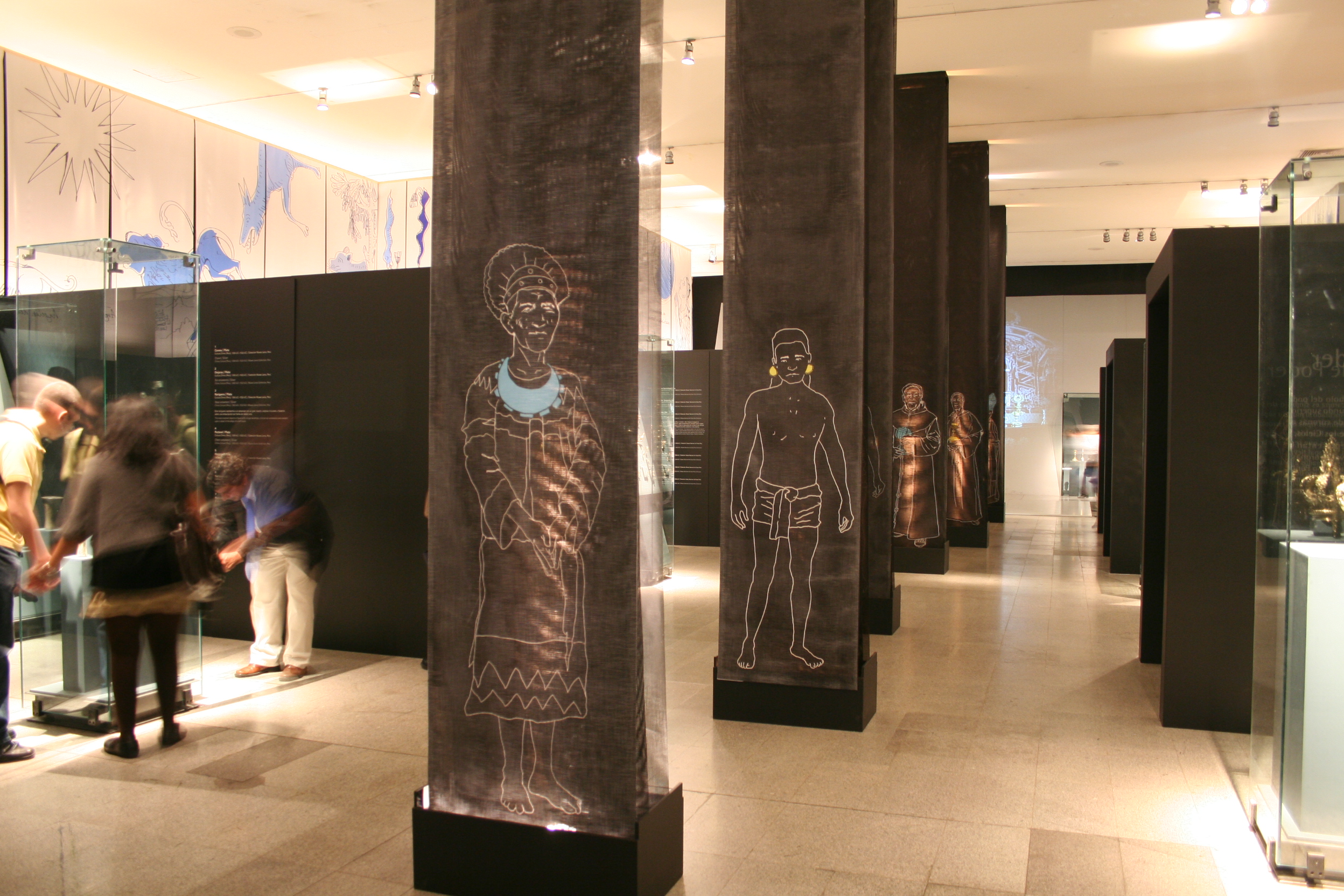 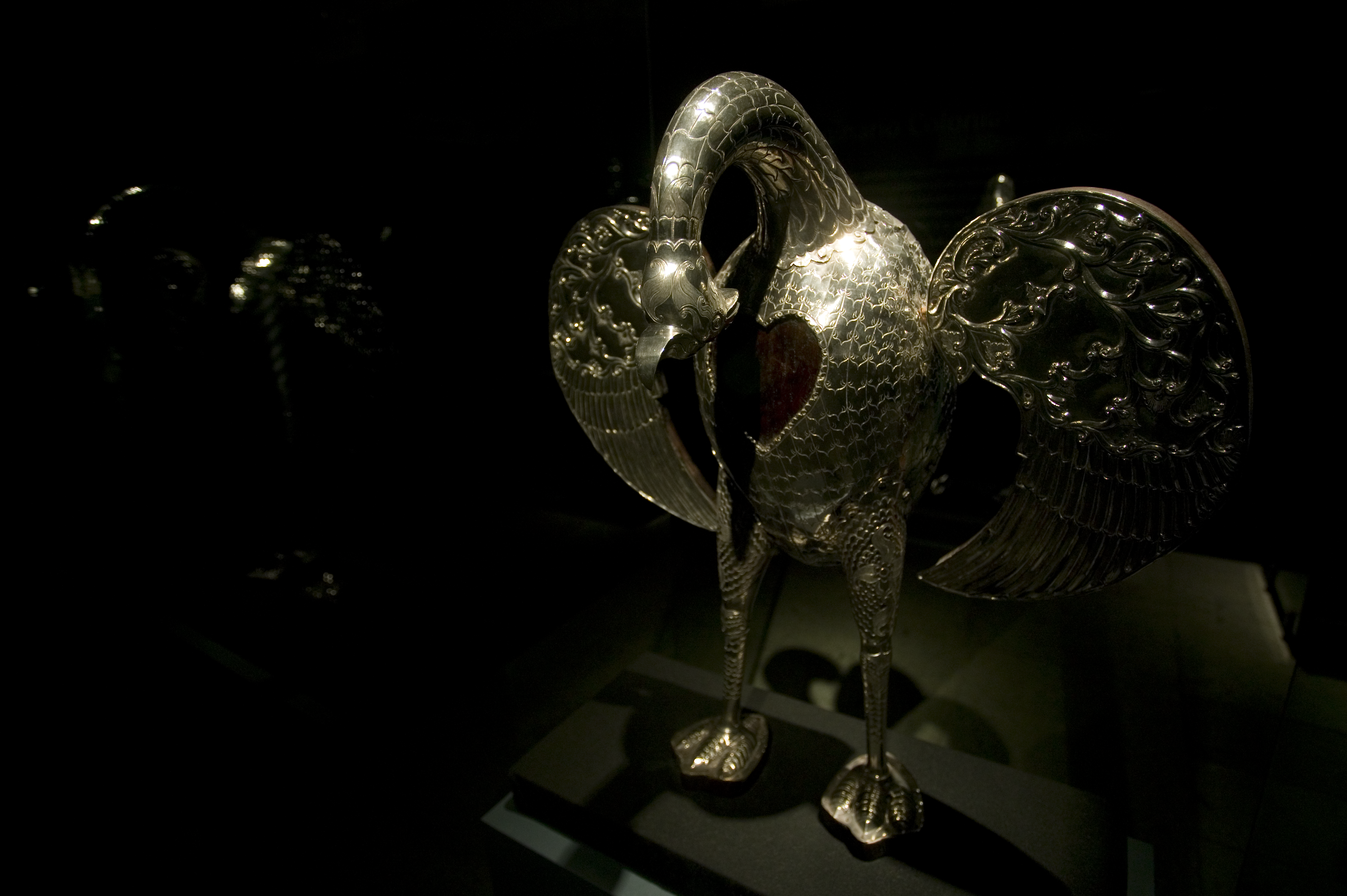 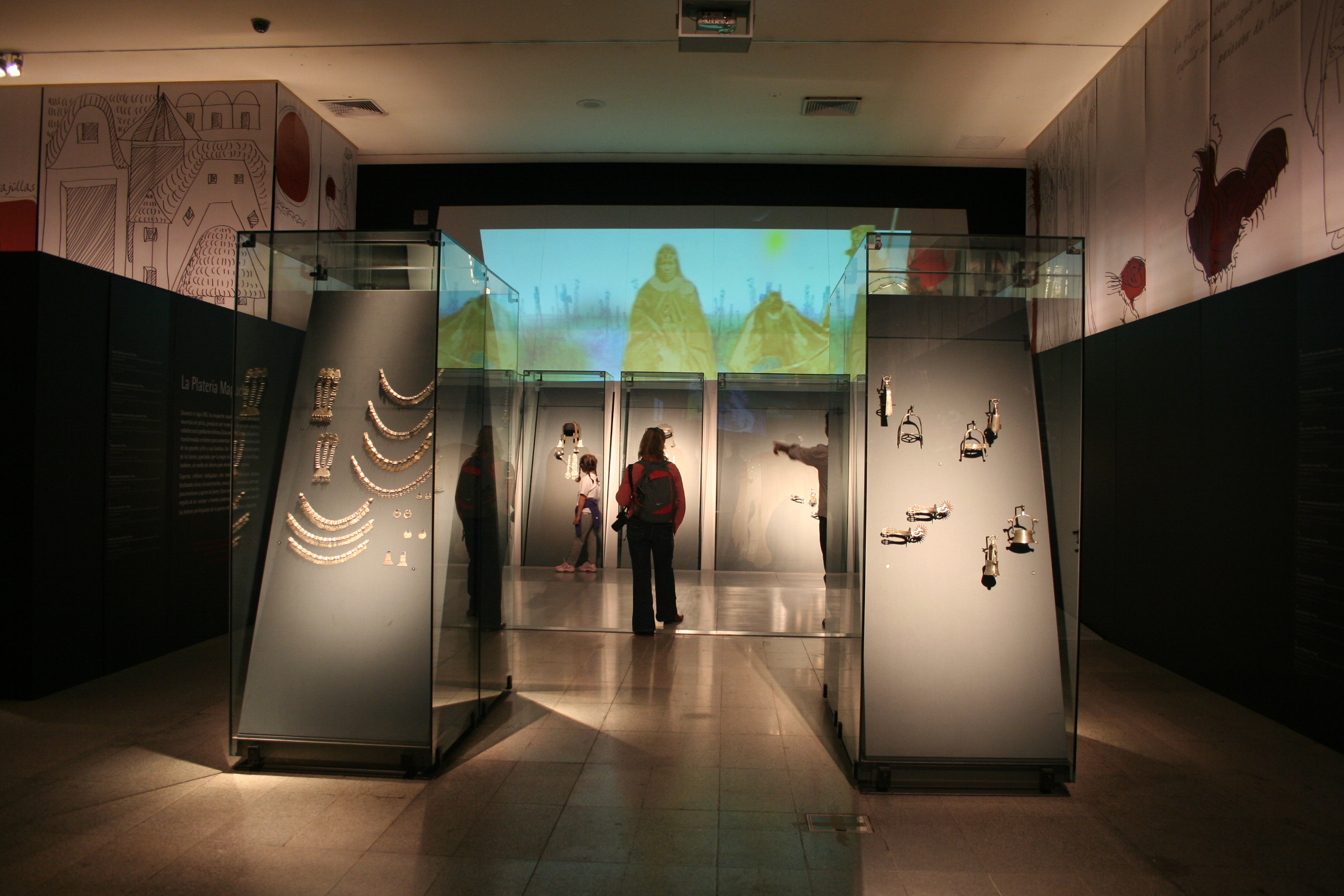 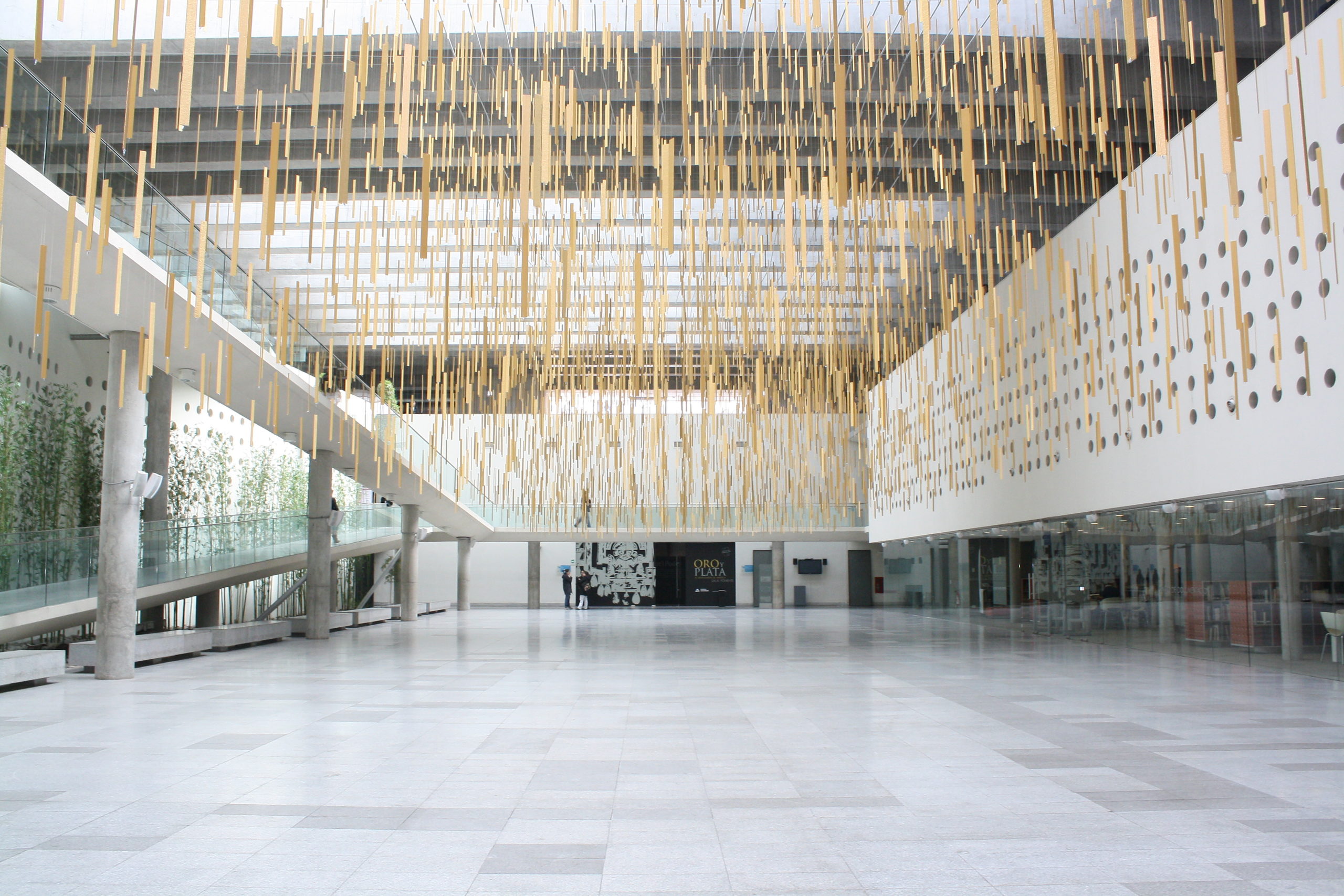 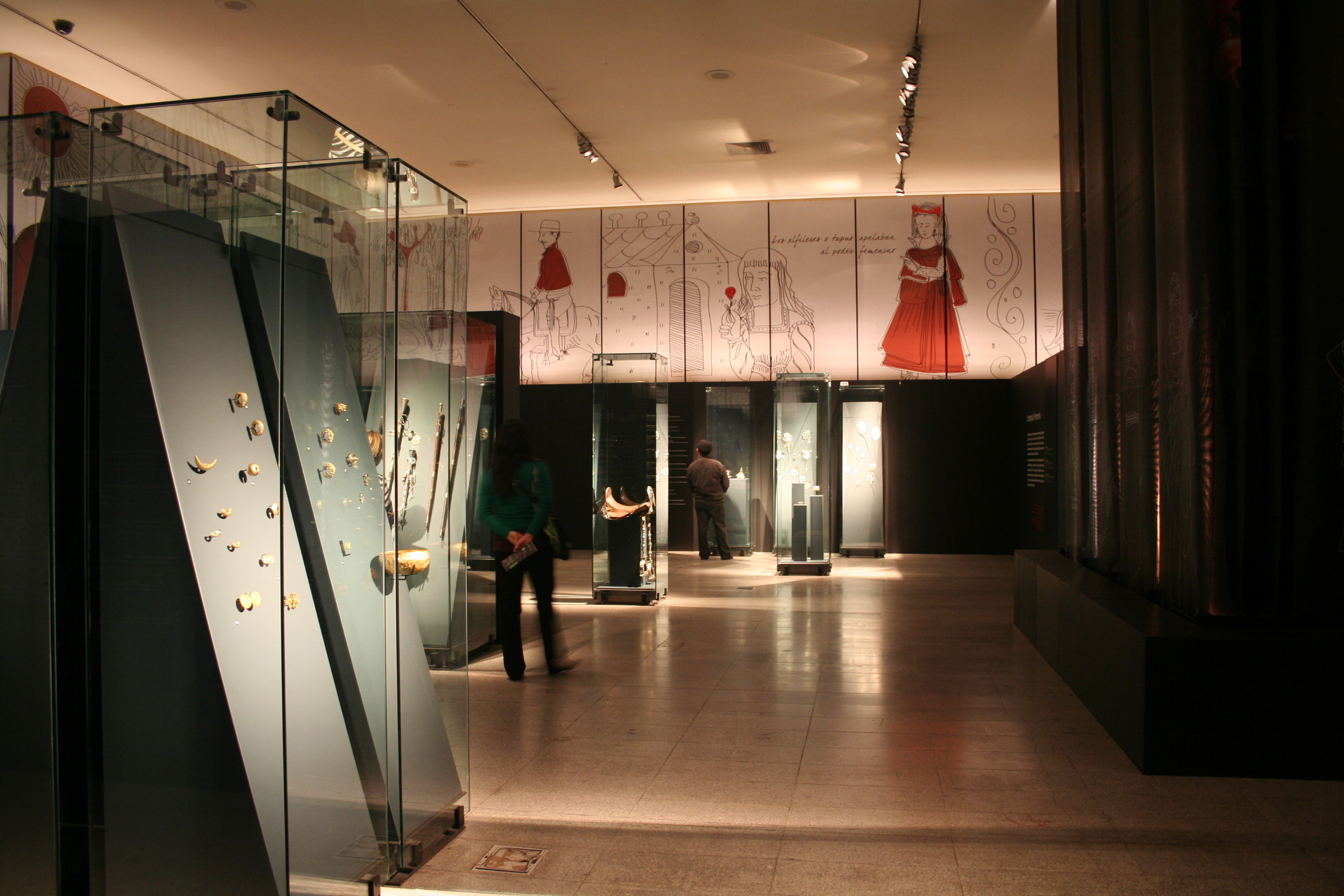 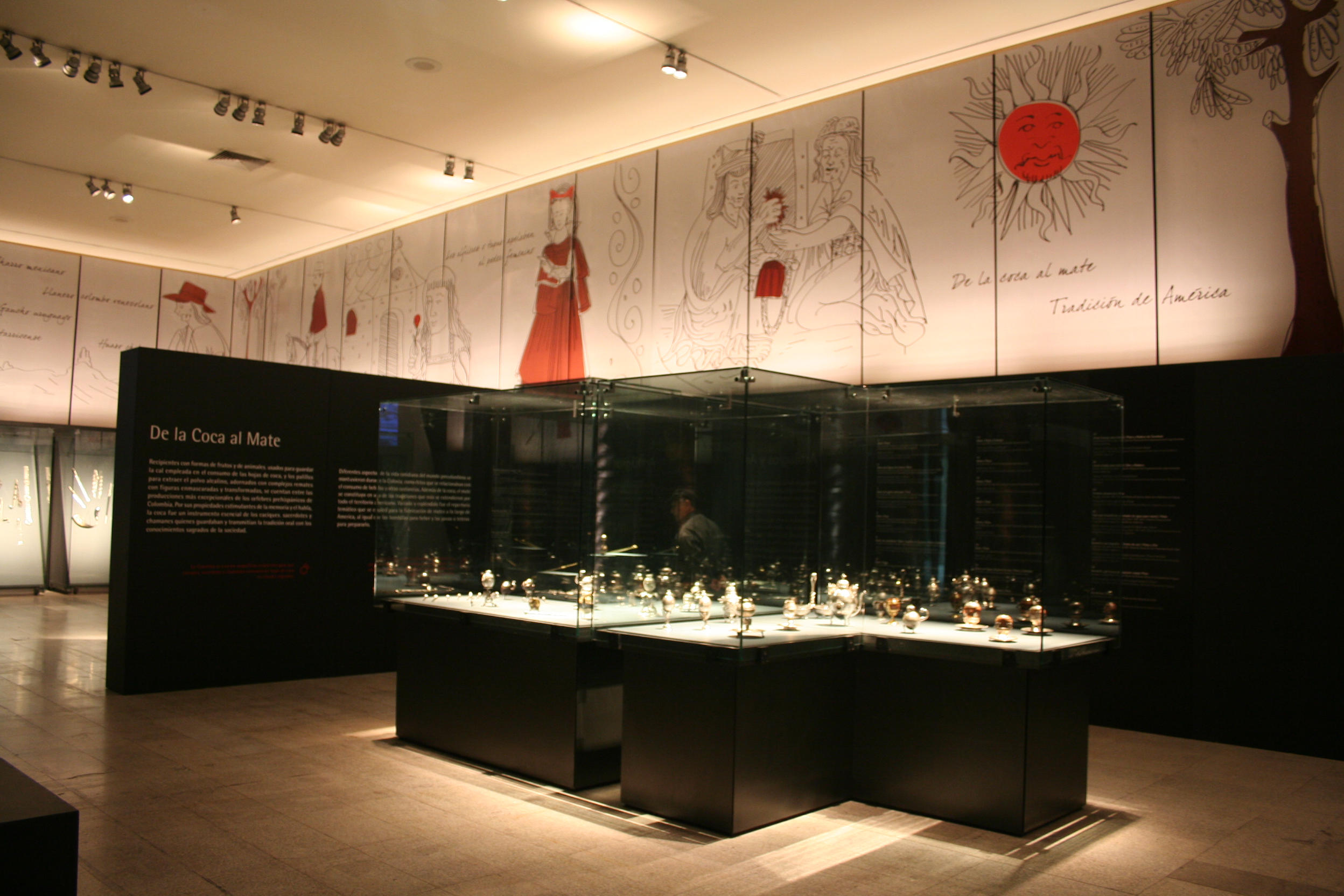