“Lullaby” is an exhibition co-curated in conjunction with the Chilean illustrator Paloma Valdivia, in which children’s classics from South America in an exhibition based on small theaters exhibited in Galería Cero, a space with the aim of offering the first cultural and artistic experiences to boys and girls between 0 and 8 years old.

The exhibition, which counted with the collaboration of the Laboratory of Models and Prototypes of the Faculty of Architecture, Design and Urban Studies of Universidad Católica de Chile, is made up of six box dioramas or little theaters and an immersive work.

The dioramas will include an audio system that will play the songs and includes an animated projection of one of the illustrations on one of the walls of the room.

It also stands out that three of the songs played in the exhibit: “Se va la lancha”, “Cucú, le llamó” and “Mira niñita” were chosen from a list of children’s songs that resulted from a participatory call made by the CCLM with its community of followers through its social networks.

Paloma Valdivia is an author and illustrator of children’s books. She was born in Chile in 1978. She studied design at Universidad Católica de Chile and completed a postgraduate degree in Creative Illustration at the Eina School of Art and Design, in Barcelona, ​​and a diploma in Anthropology and Audiovisual Communication at PUC.

As a teacher, she worked for several years at PUC and directed the Diploma Programme in Illustration and Autobiographical Narrative at the same university. Her main passion lies in illustraded books for children. Her work has been translated into more than 20 languages ​​and has won several international awards. She is a founding partner of Ediciones Liebre. 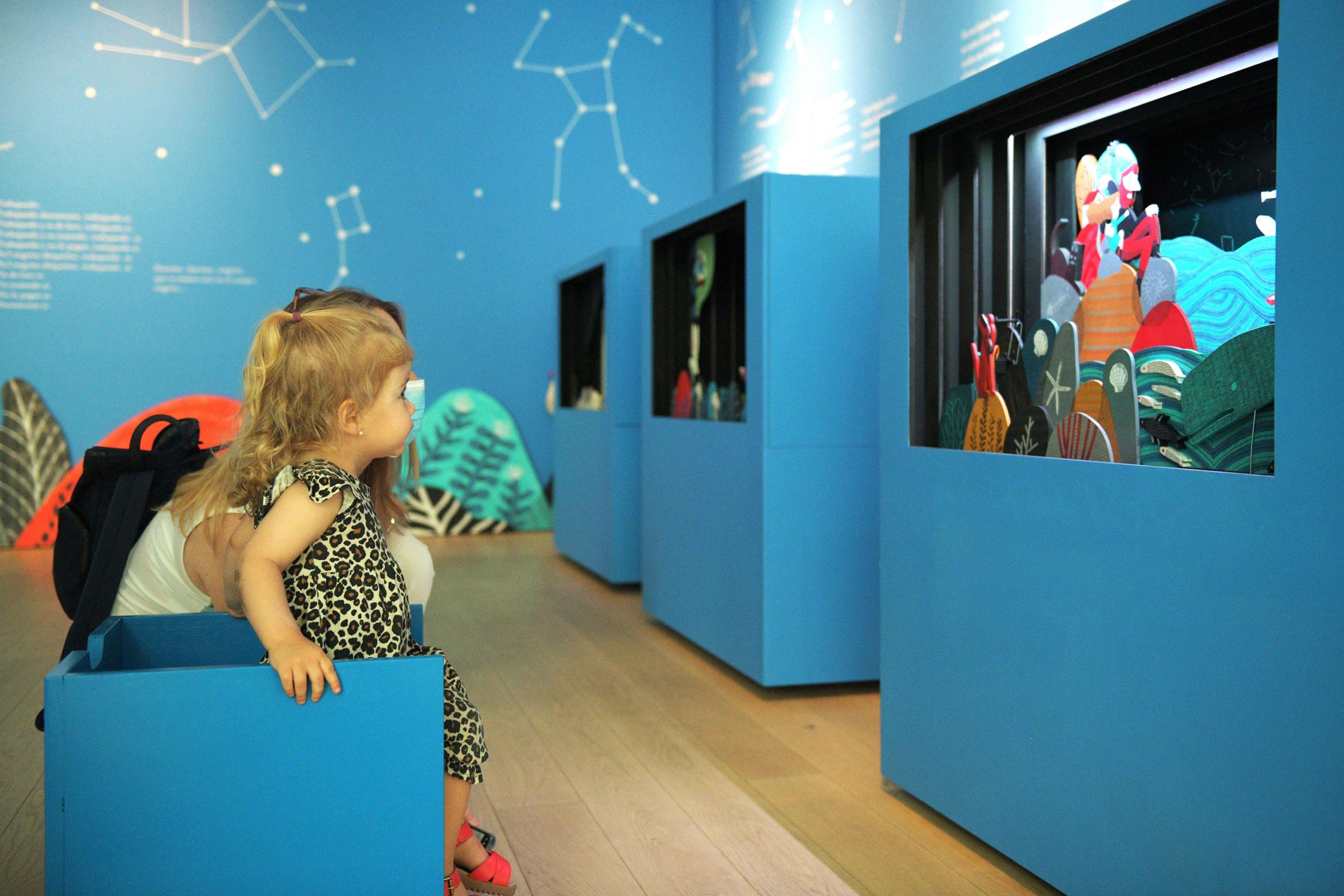 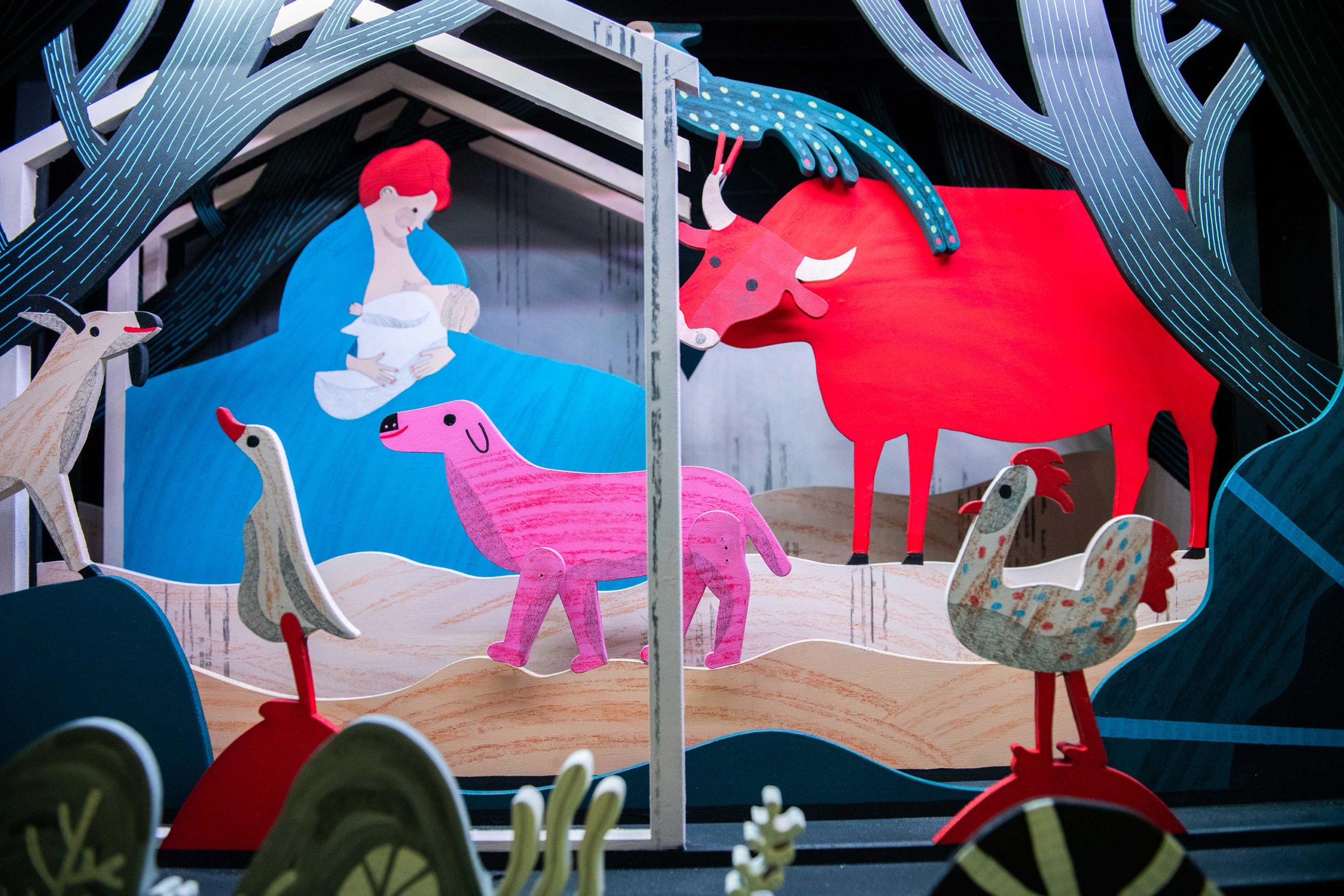 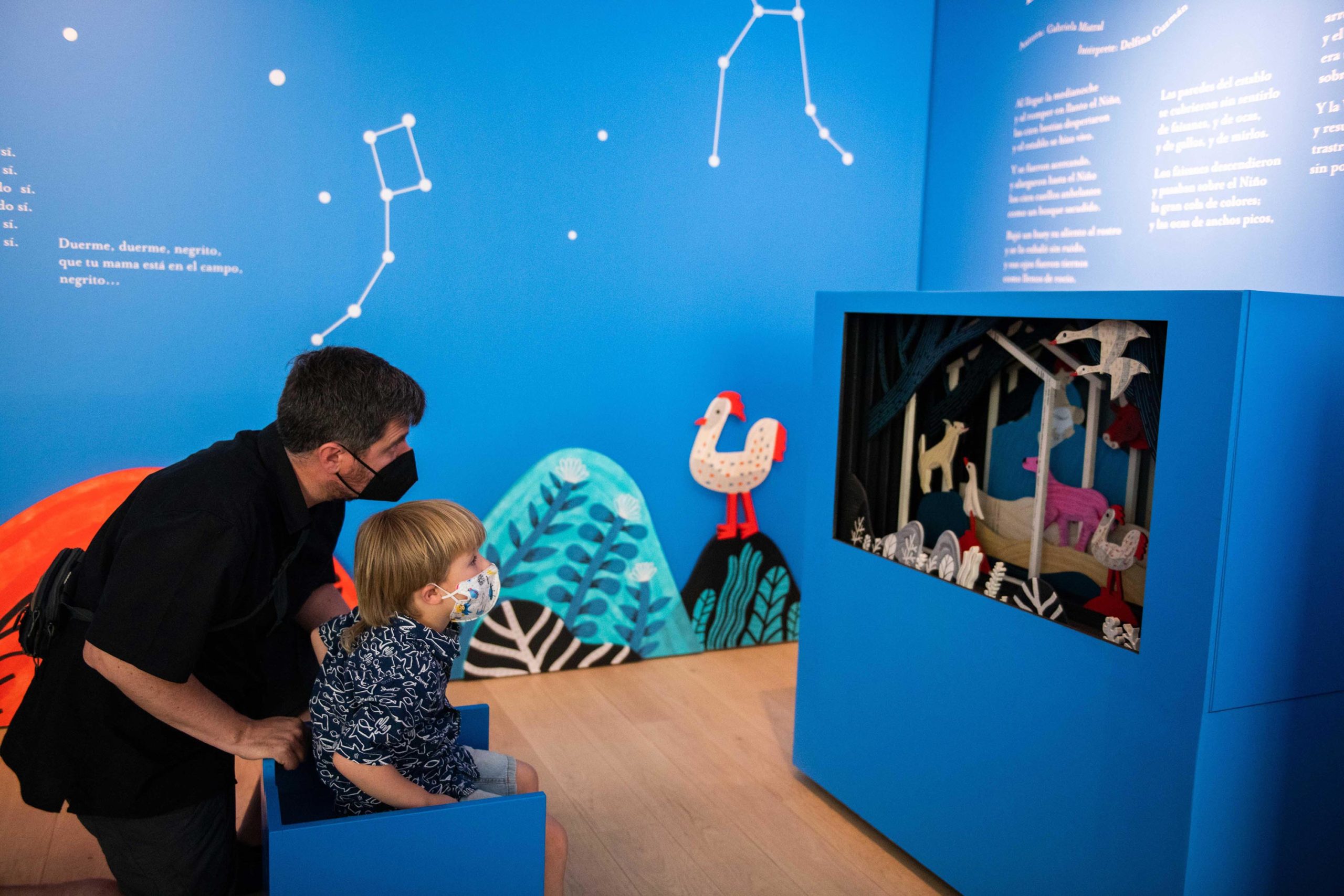 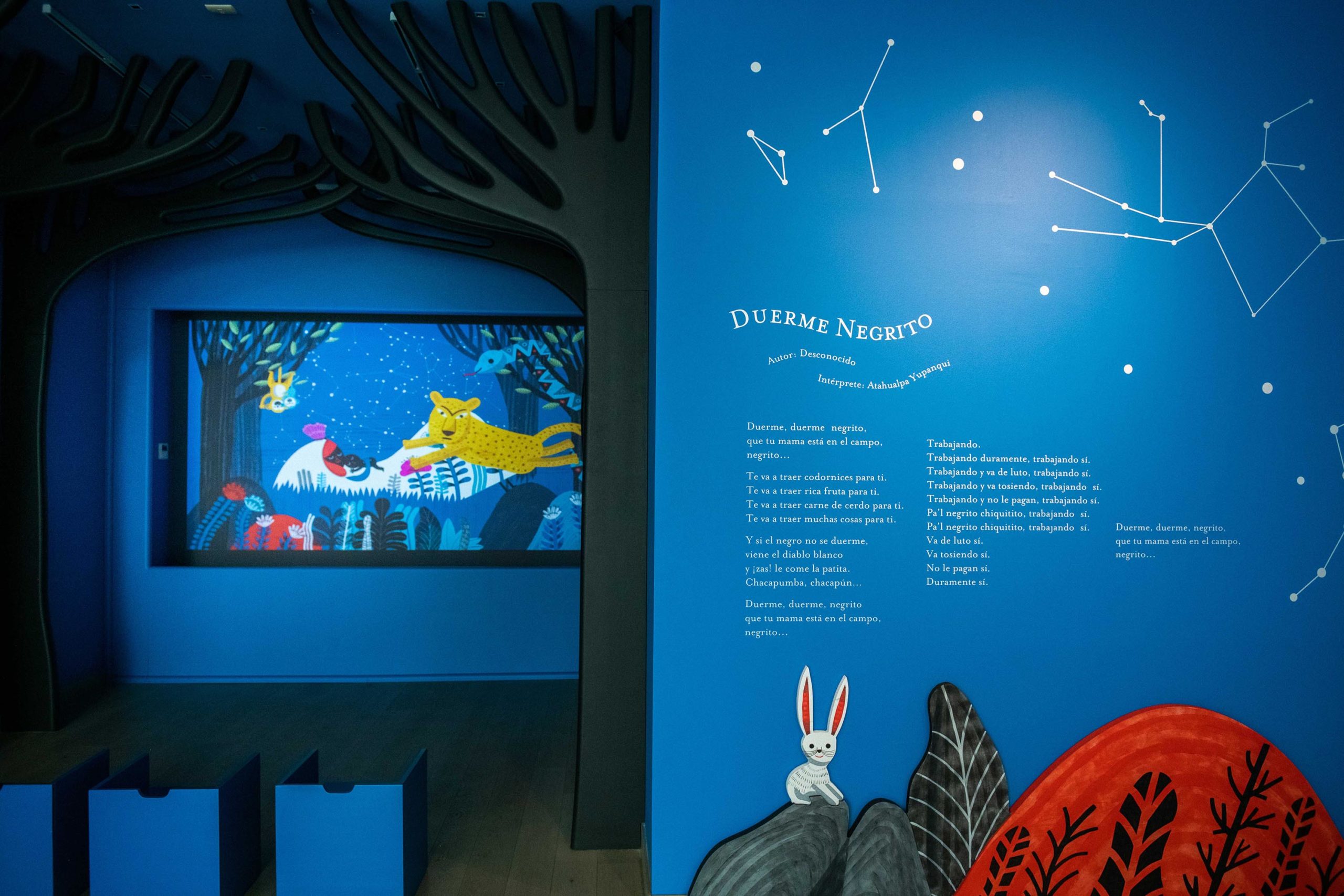 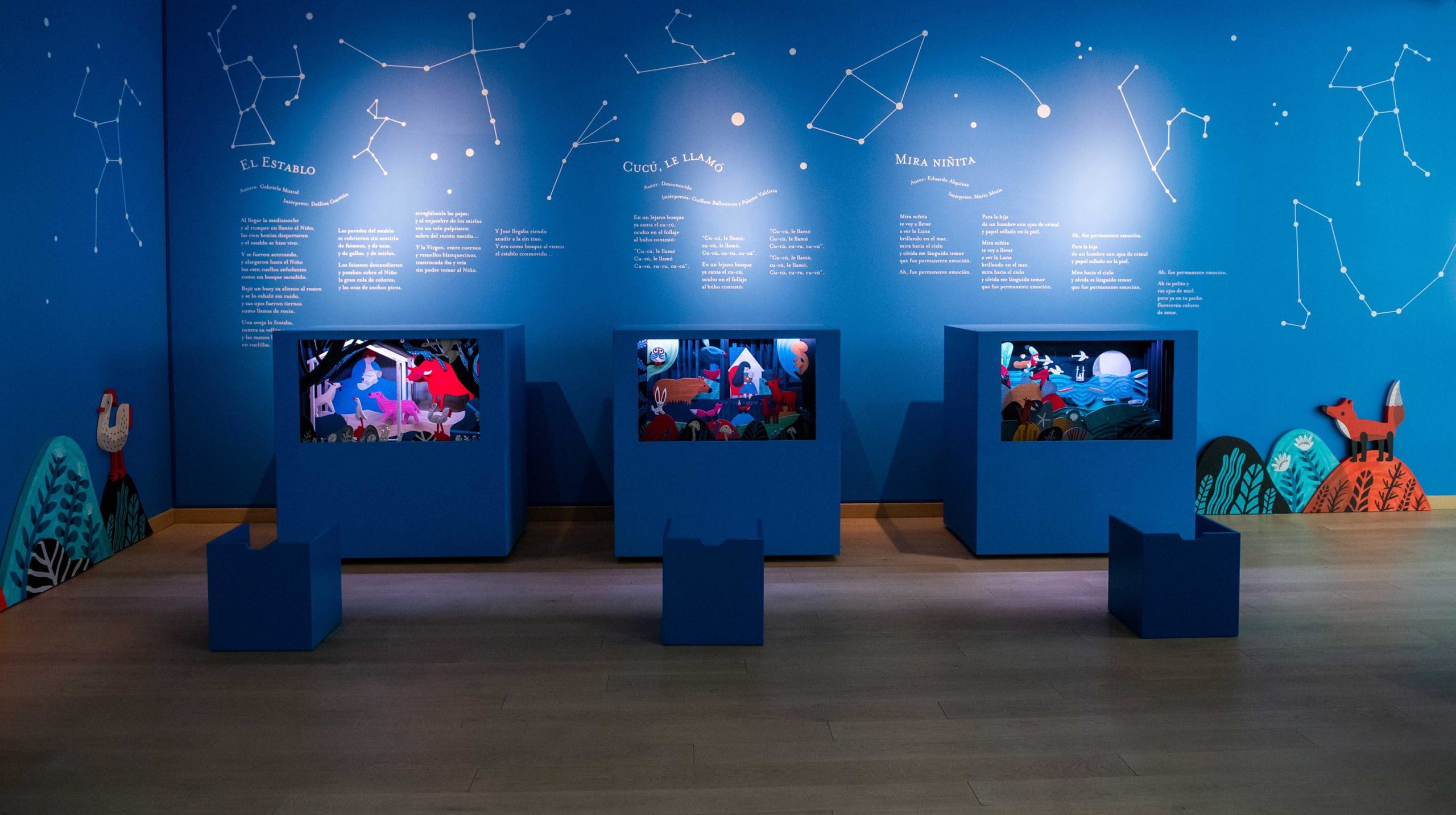 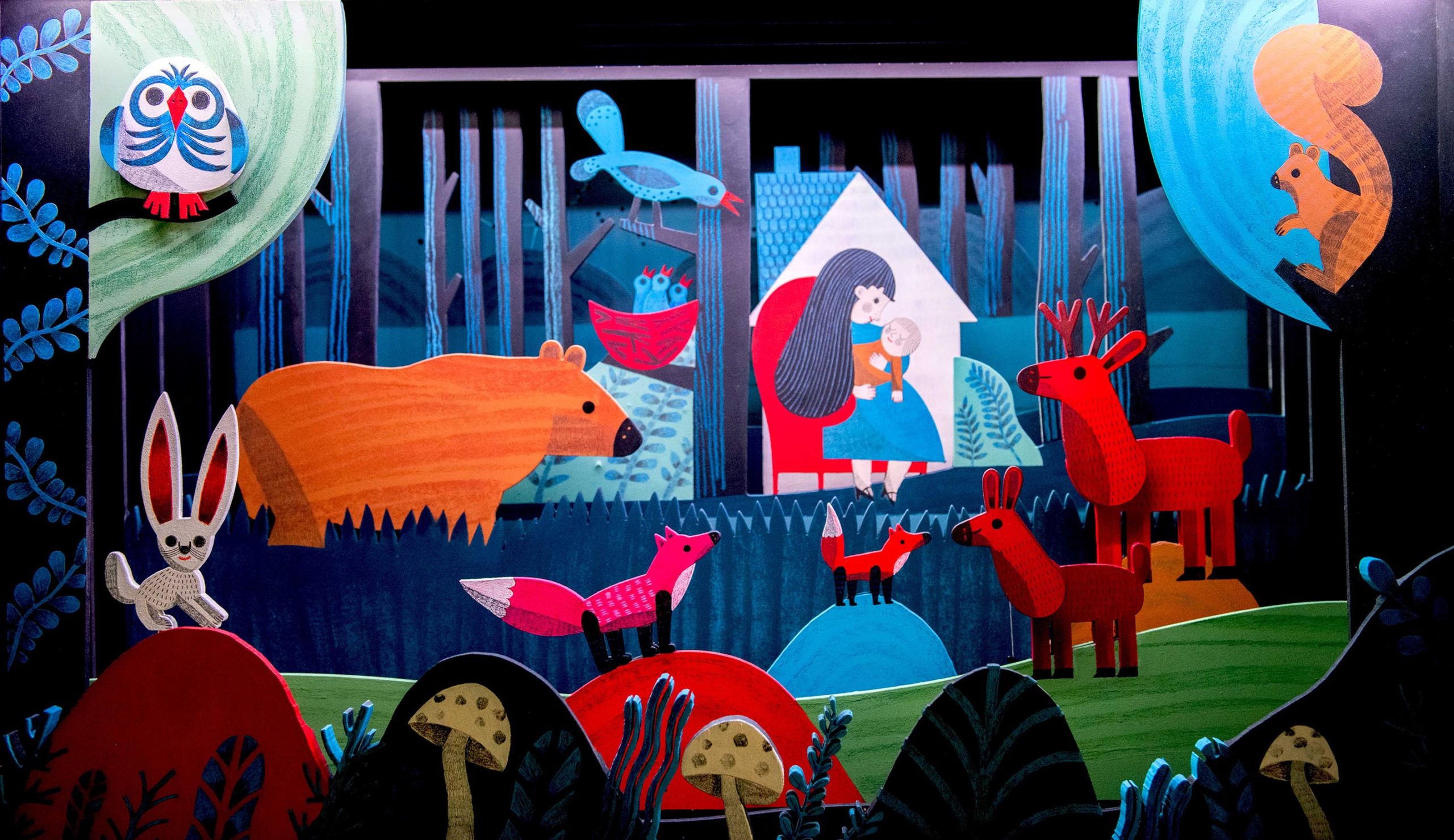 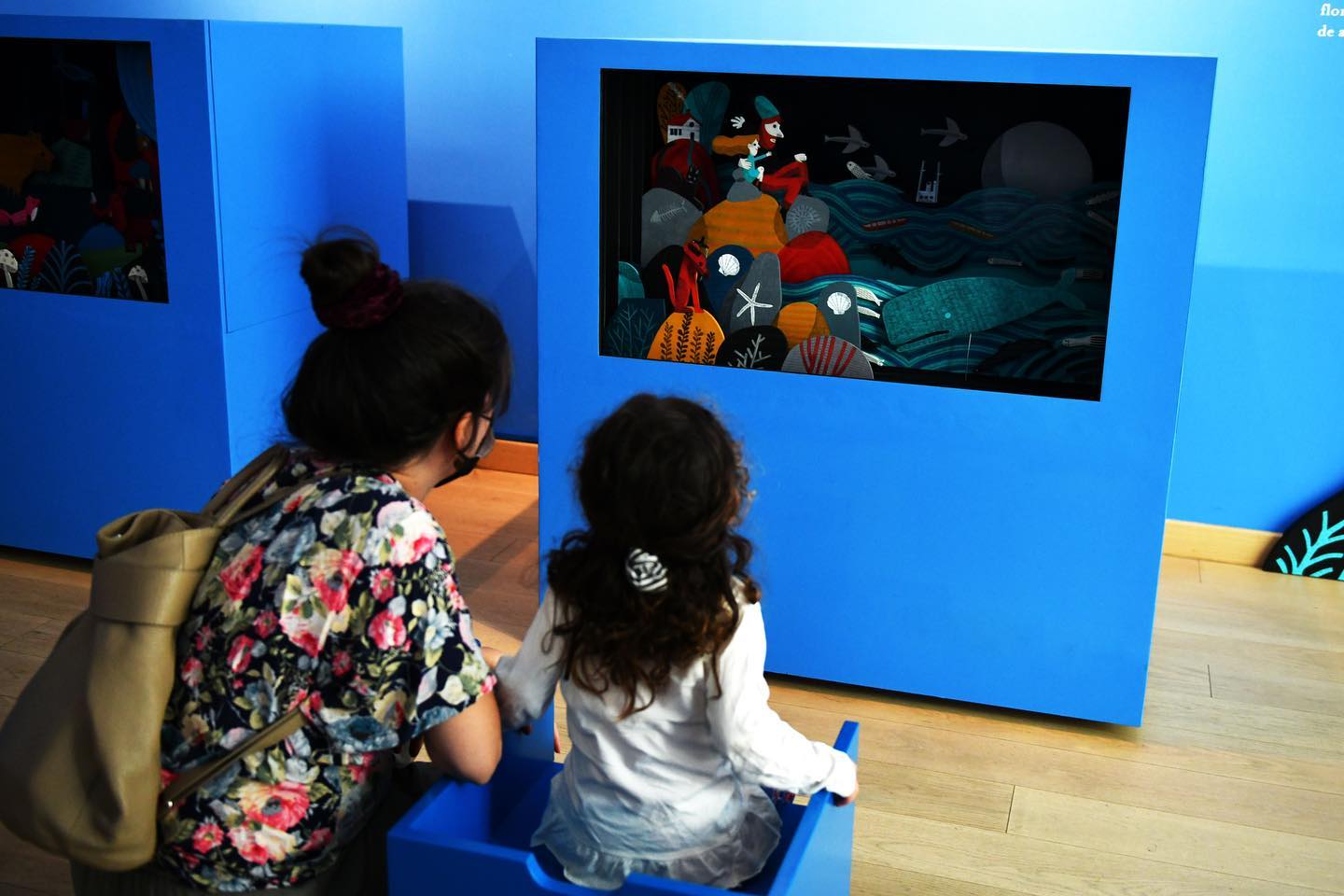 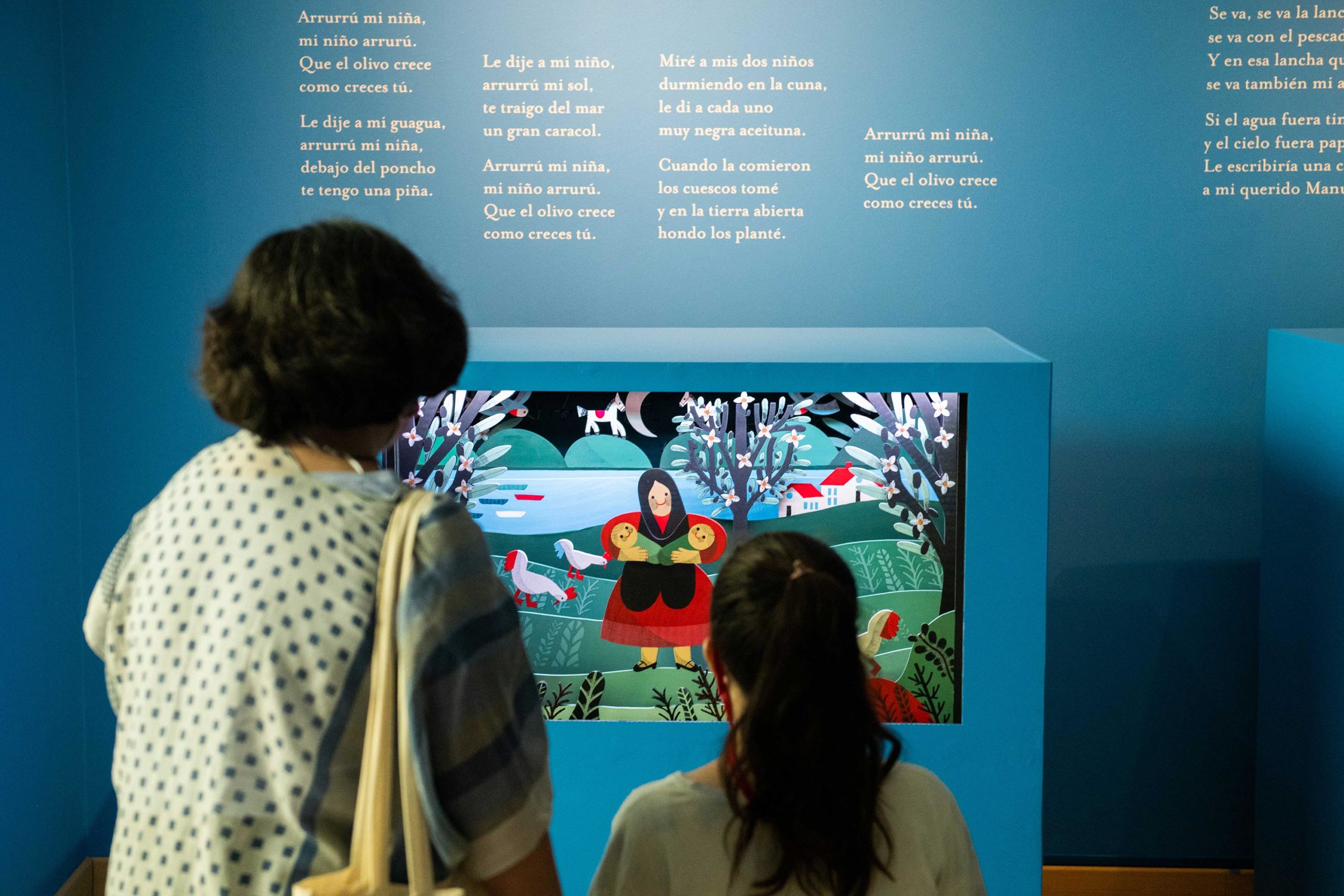 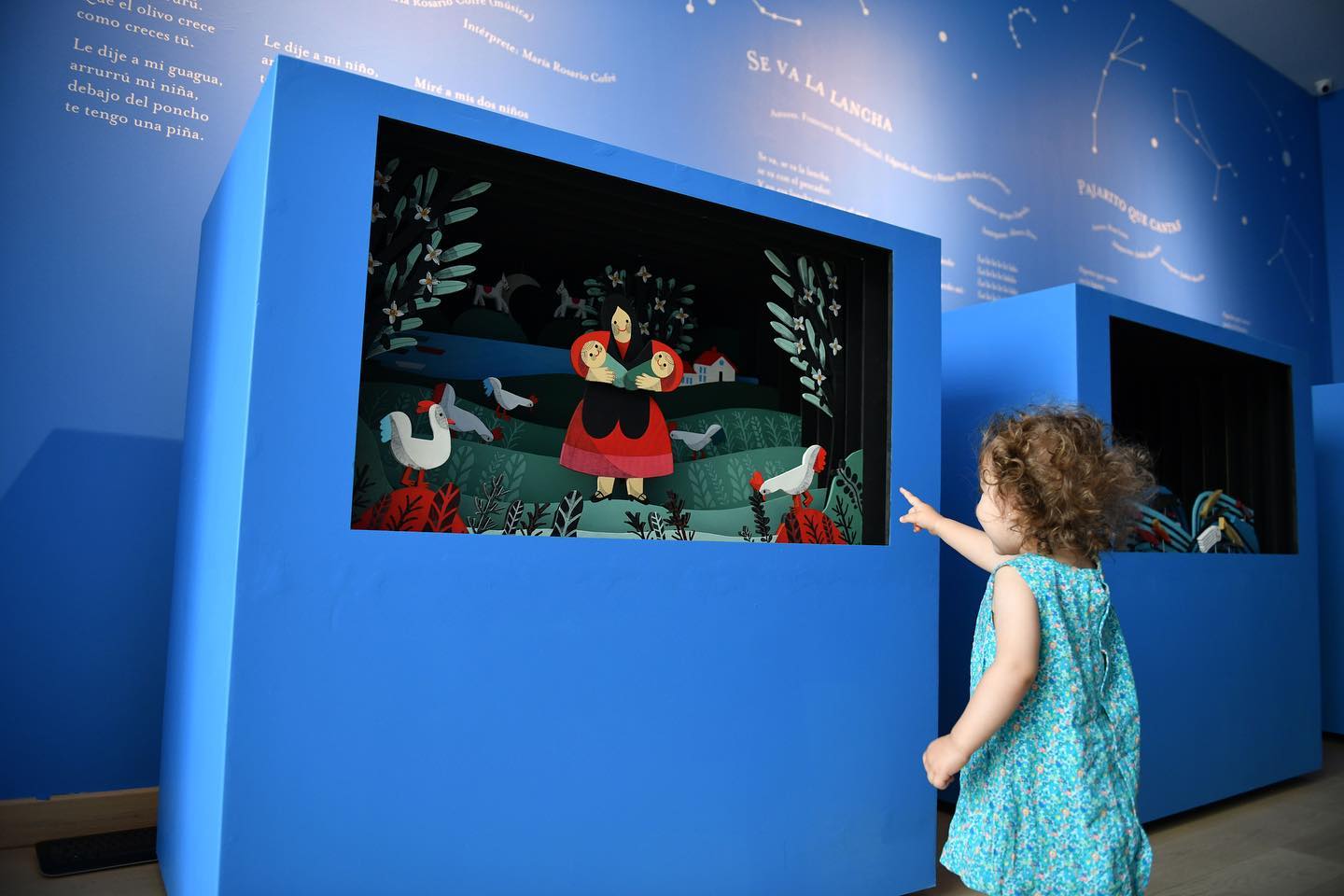