Meli Newen – Four Forces, is a project that intertwines more than 1,000 creations of 212 weavers from the Araucanía Region and the Tirúa township, who through a process of creation, based on the witral, natural fibbers and plant based dyes, give rise to textiles that come together in different design and assembly proposals, generating a great unique collaborative weave, which represents union and solidarity.

The installation, which is exhibited in the Central Hall of Centro Cultural La Moneda, consists of 4 circles made up of rings hanging from Mapuche weavings. These will give rise to 4 spaces that will independently exhibit the raw material, the vegetables that give rise to the dyes and a space where the cosmos is reflected on a water mirror. Whilst, in the fourth room is the wallmapu circle, which is made up of a layout on the floor.

Three of the four circles represent the earth, fire and air, symbolizing the cosmovision, territory and culture of the Mapuche people. The fourth circle, represented through a void and texts, is an invitation to continue with this collaborative initiative.

The exhibition is set within the project “Tejido de Fraternidad” which is promoted by Universidad Católica de Temuco, Fundación Tierra del Encuentro and Asociación “Newen Ngürekafe” (Fuerza de Tejedora), which encompasses the participation of six groups of weavers and the collaboration of almost 20 organizations coming from the civil society, academia and the private world. 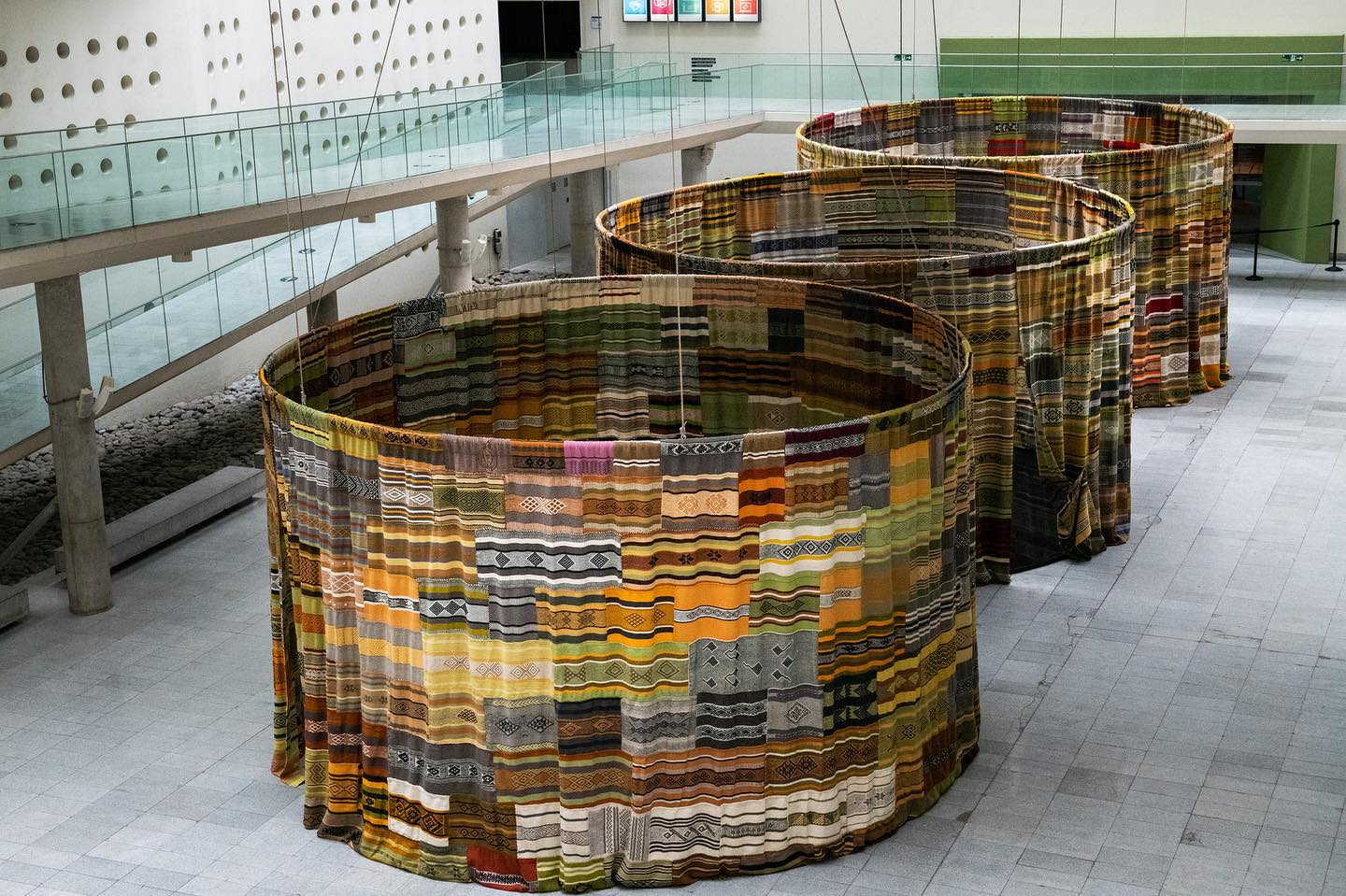 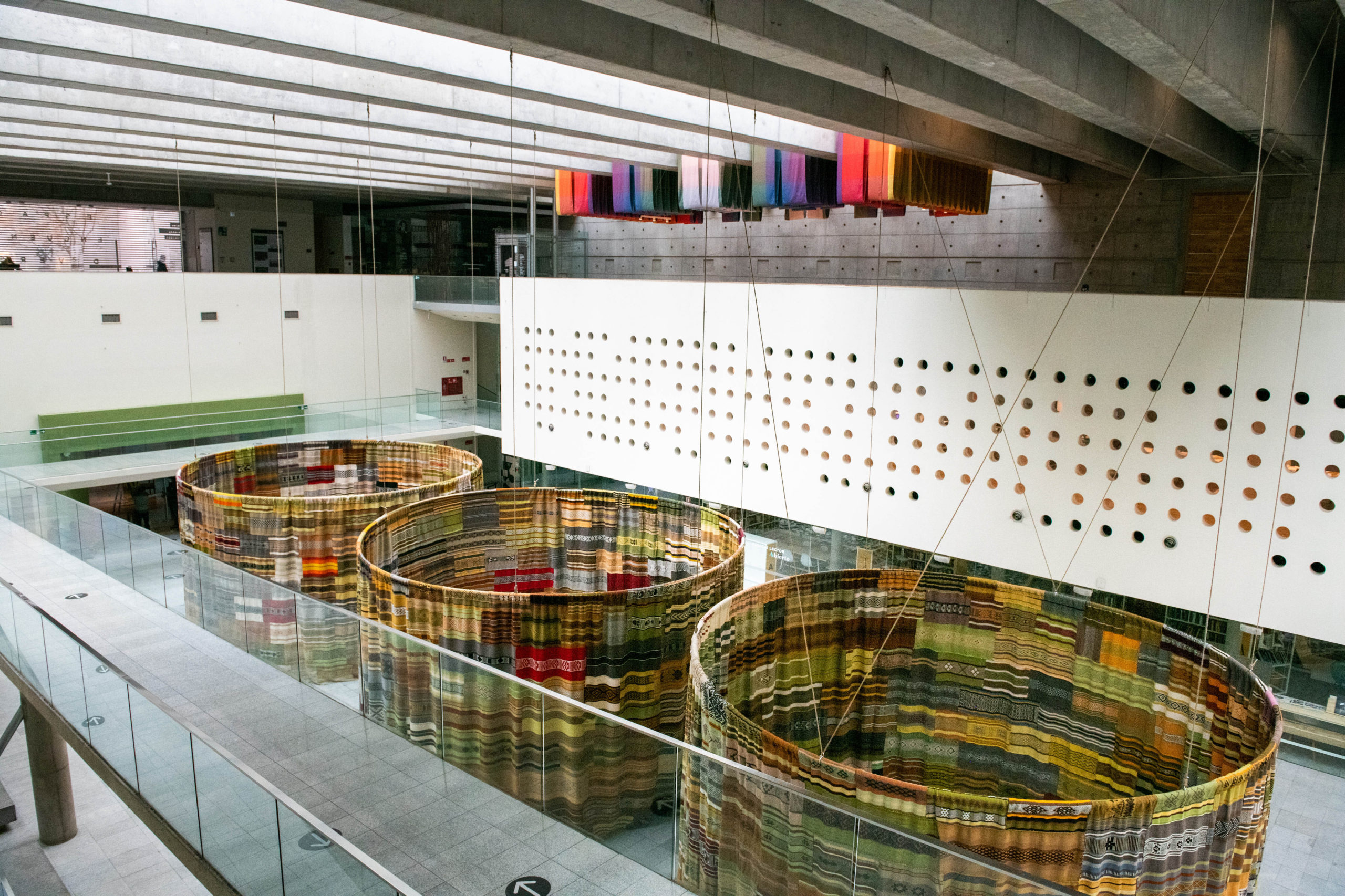 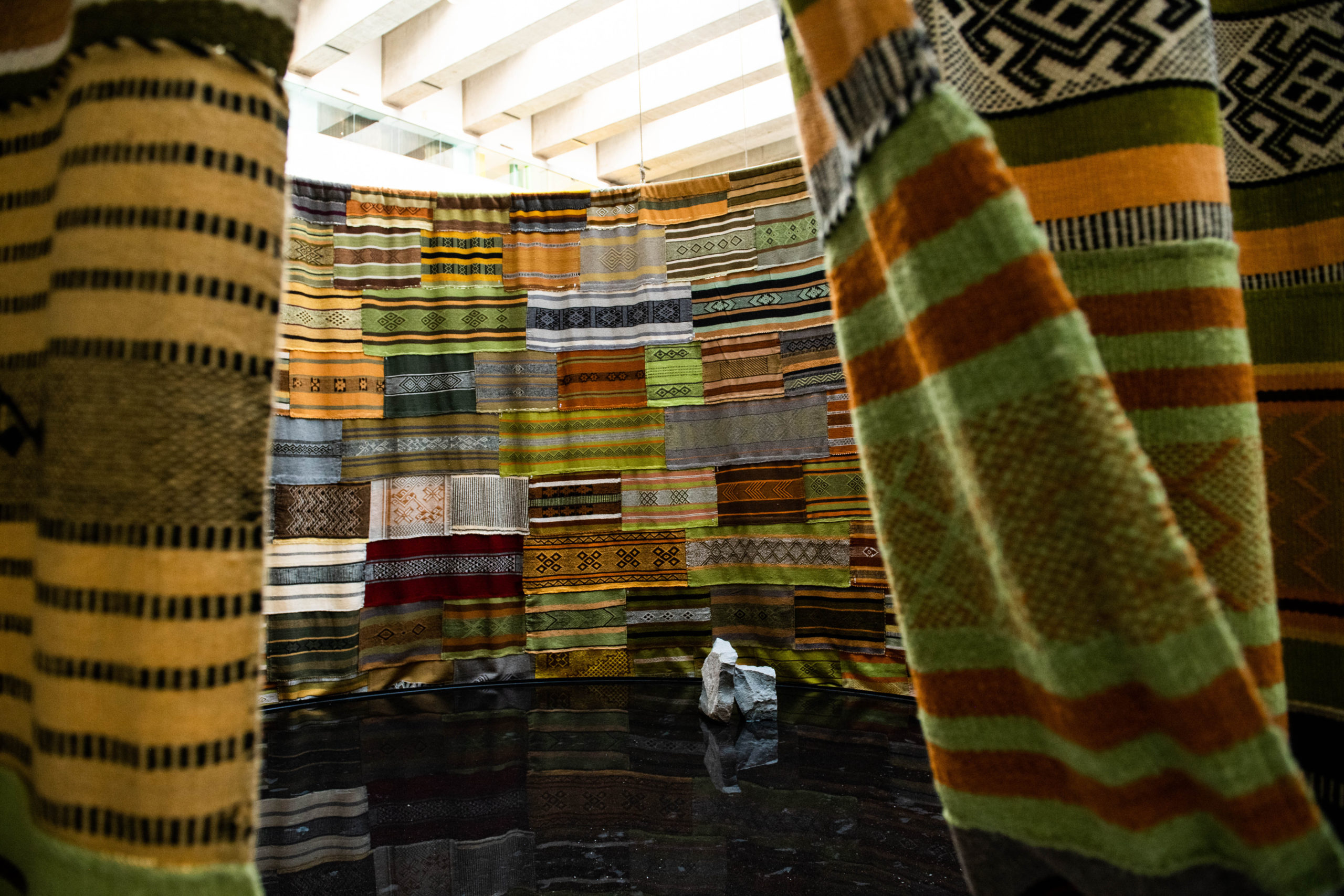 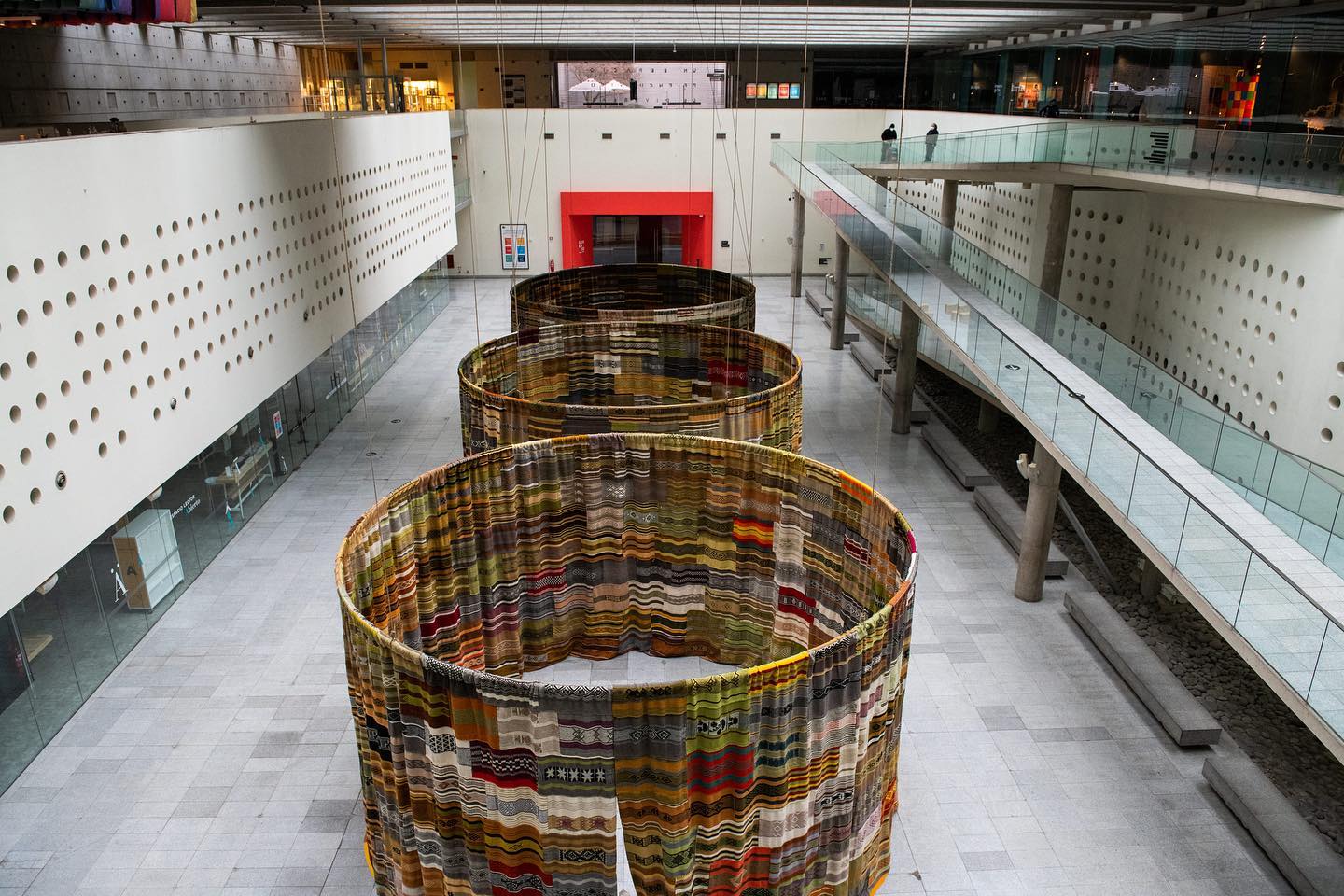 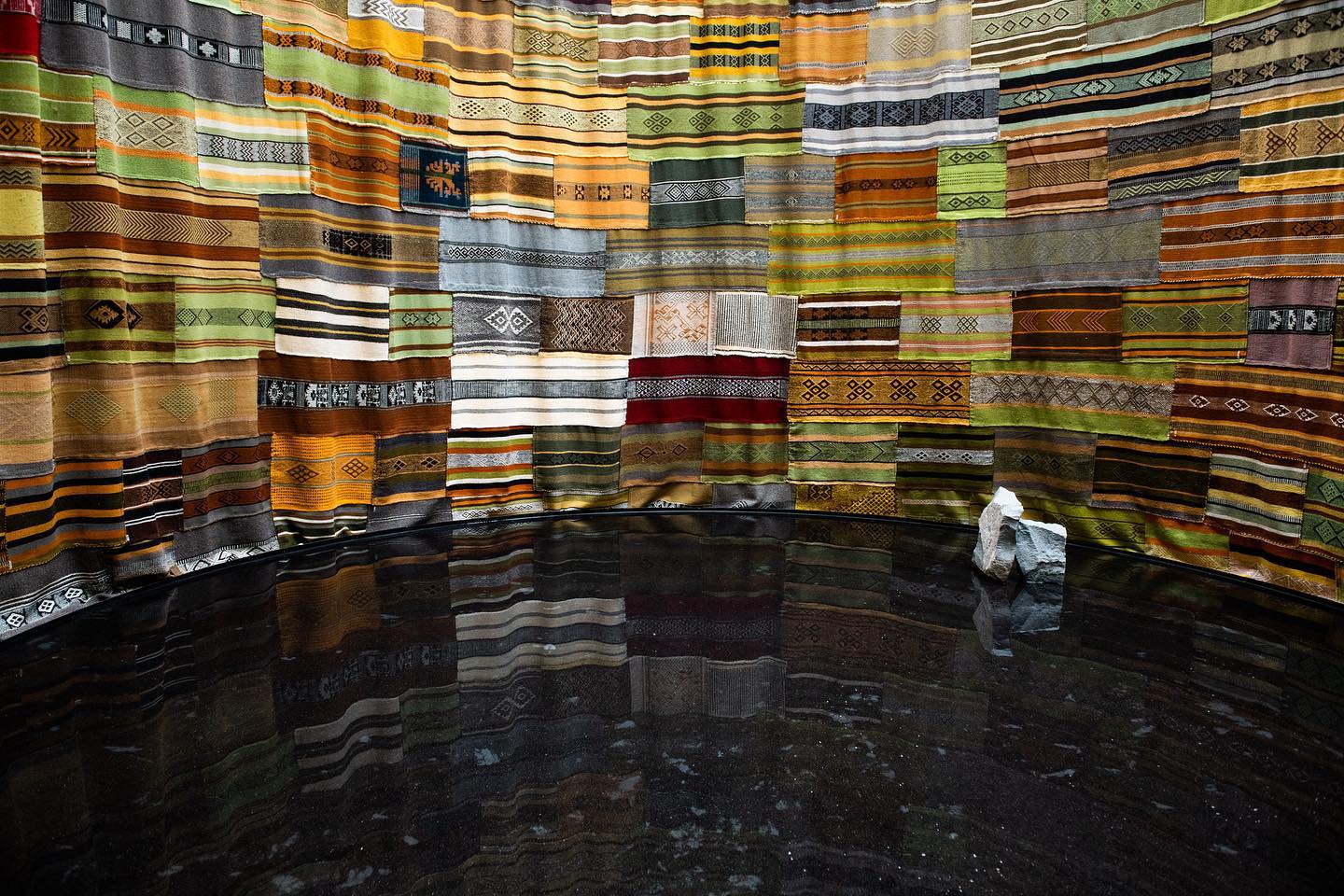 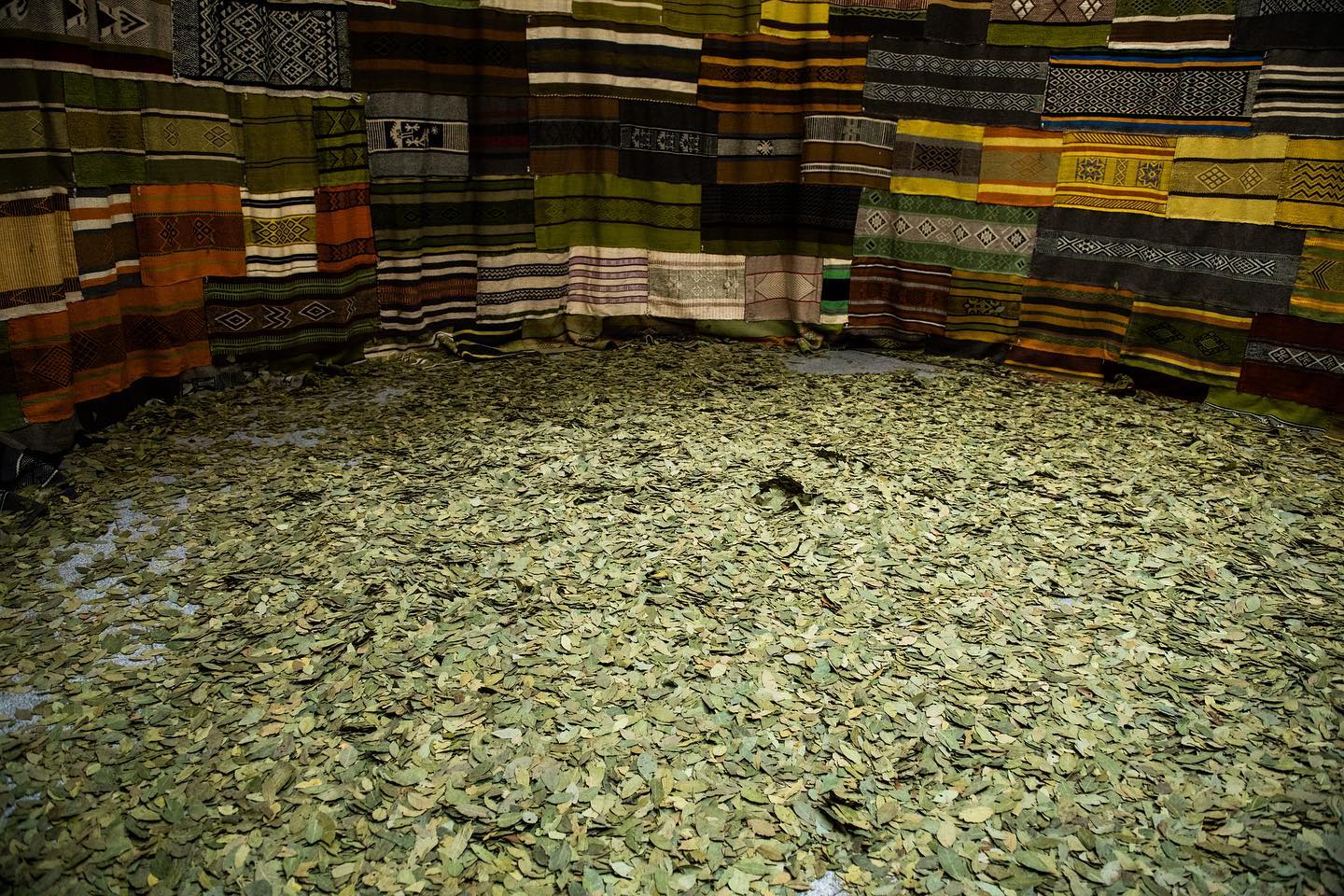