Quinchamalium Chilense is an installation resulting from the collaborative work between the artist Josefina Guilisasti and a group of artists who represent the ancient pottery traditions from Quinchamalí, which is currently nominated to be honored as part of the World Heritage sites.

This artisan tradition is a testimony of the time before the Colonial period, and the result of the miscegenation between the Mapuche and the first generation of Europeans. From this hybridization, the specificity of their ways and tales emerged. The huaso and the guitarrera, two of the zone’s typical pieces, contain within them, stories of how the inhabitants understand their culture, in regards to history and the other territories.

Starting from an investigation about Quinchamalí and its artisans, carried out by the artist Josefina Guilisasti, together with anthropologist Belén Roca and a group of fifteen pottery artists from the area with ages ranging between 28 and 75, began a work together in which, through drawing, created a dialog in relation to the cultural heritage value of their objects, and the possibilities of creation regarding customary practices. In this dialogue, Guilisasti introduced different references and sources to female and male potters, mainly Botany books. The group, composed by Victorina Gallegos, Teorinda Cerón, Flor Caro, Daniel Villeuta, Silvana Figueroa, Gastón Montti, Marcela Rodríguez, Mónica Venegas, Nayadet Núñez, Eugenia Sepúlveda, Carmen Romero, Regina Pino, Cintia García, Luis Pérez Sepúlveda and Nancy Mariangel, worked focused on the quinchamalí plant or Quinchamalium chilense, a native herbaceous that gives name to the town, and is part of the indigenous medicine. Given the possibilities that the work with clay can provide, they were also urged, maintaining the due respect for their traditions, to innovate. Through the introduction of botanical references from naturalism books, the potters are stimulated to “rebel” against what is pre-established, in search of their own path, which will allow them to leave behind a trace of possibilities for future generations.

Other works of incalculable patrimonial value, which belong to the collection of the Museo de Arte Popular Americano Tomás Lago (MAPA), are added to the works resulting from this experience. In this way, the installation sets up a dialogue about heritage production of this noble trade, passed down from generation to generation.

Part of Josefina Guilisasti’s proposal was to record video testimonies of the potters. In it, the potters talk about their ways of life and family subsistence, whose continuity is in permanent danger due to environmental threats to their raw material and the precariousness in which they carry out their art. The video is, therefore, a wake-up call about the need to address the problems of this place, and safeguard its cultural heritage, as well as an invitation to investigate the generational differences when facing new perspectives in regard to heritage.

Artists and artisans are the ones who present and are presented in Quinchamalium Chilense, a task in which an artist approaches a community and, along with local artists, erases the boundaries between the work of an artist and an artisan, in search of new forms of representation that allow the expression of those footprints of memories, ancient practices and daily experiences. These are transmitted in each of the pieces that are part of this artistic presentation. The invitation is made in such a way so as to stress certain concepts like; serialization, repetition, and collectiveness, instead of concepts such as: creation, autonomy, subjectivity and the possibilities that collaborative work entails. 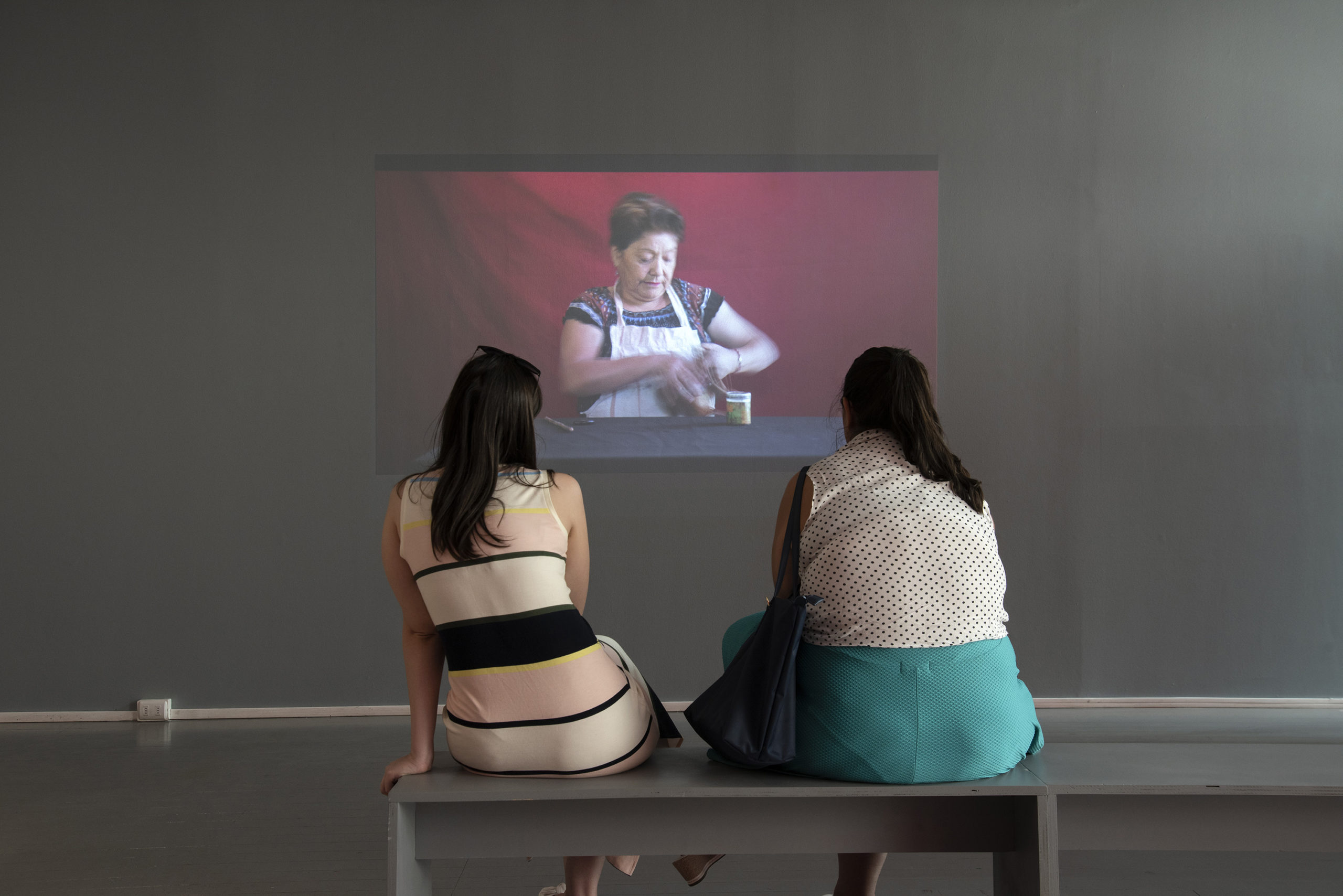 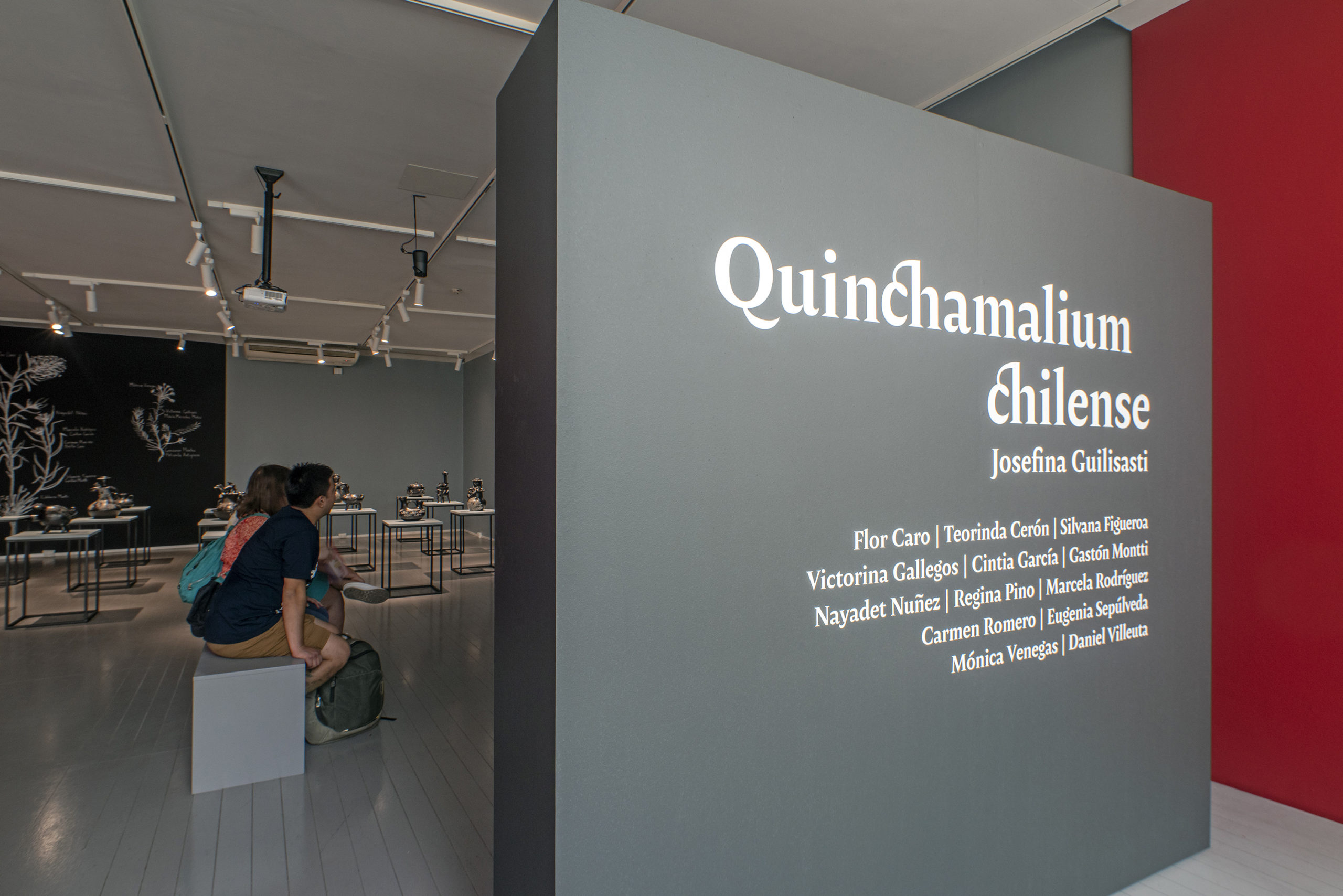 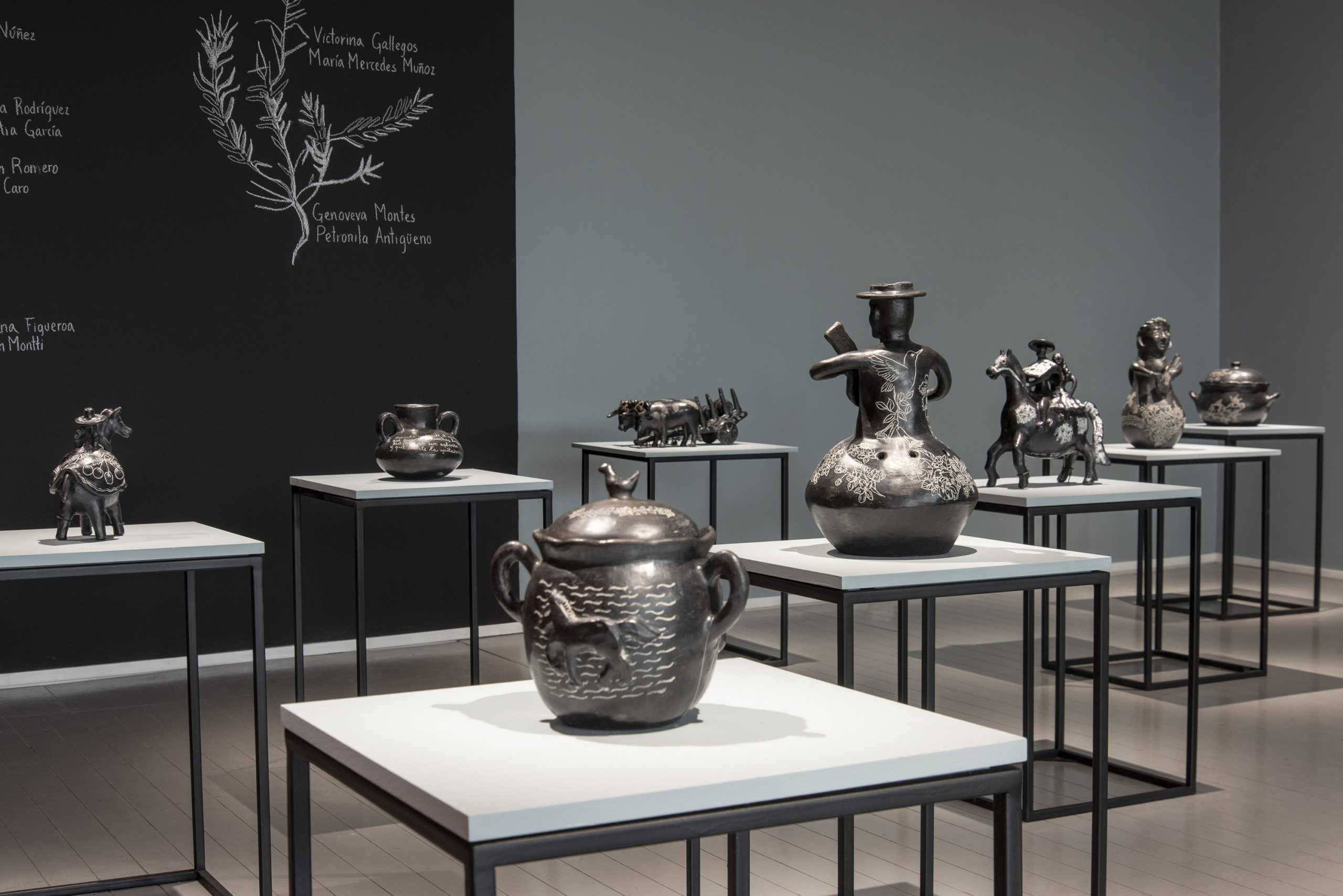 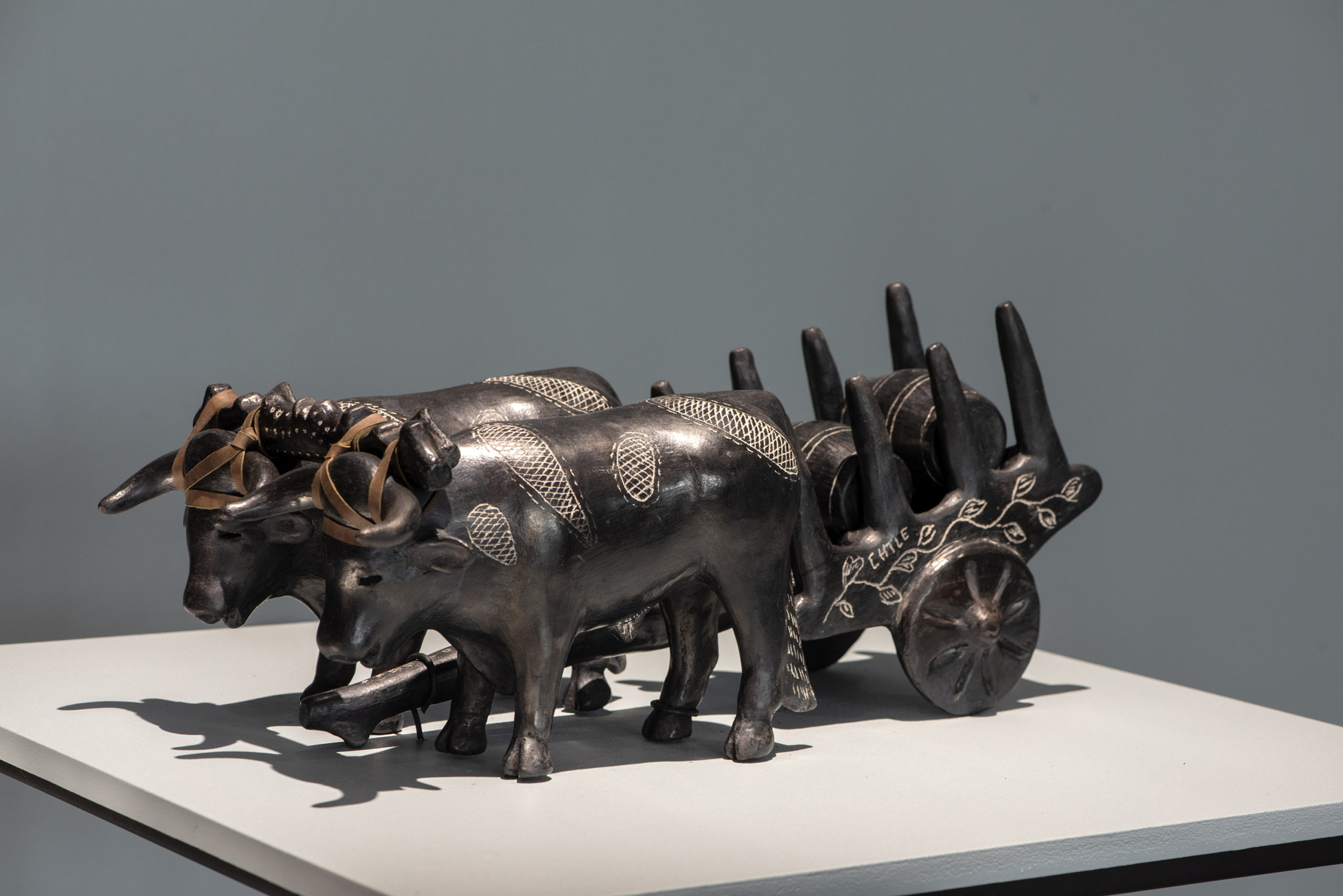 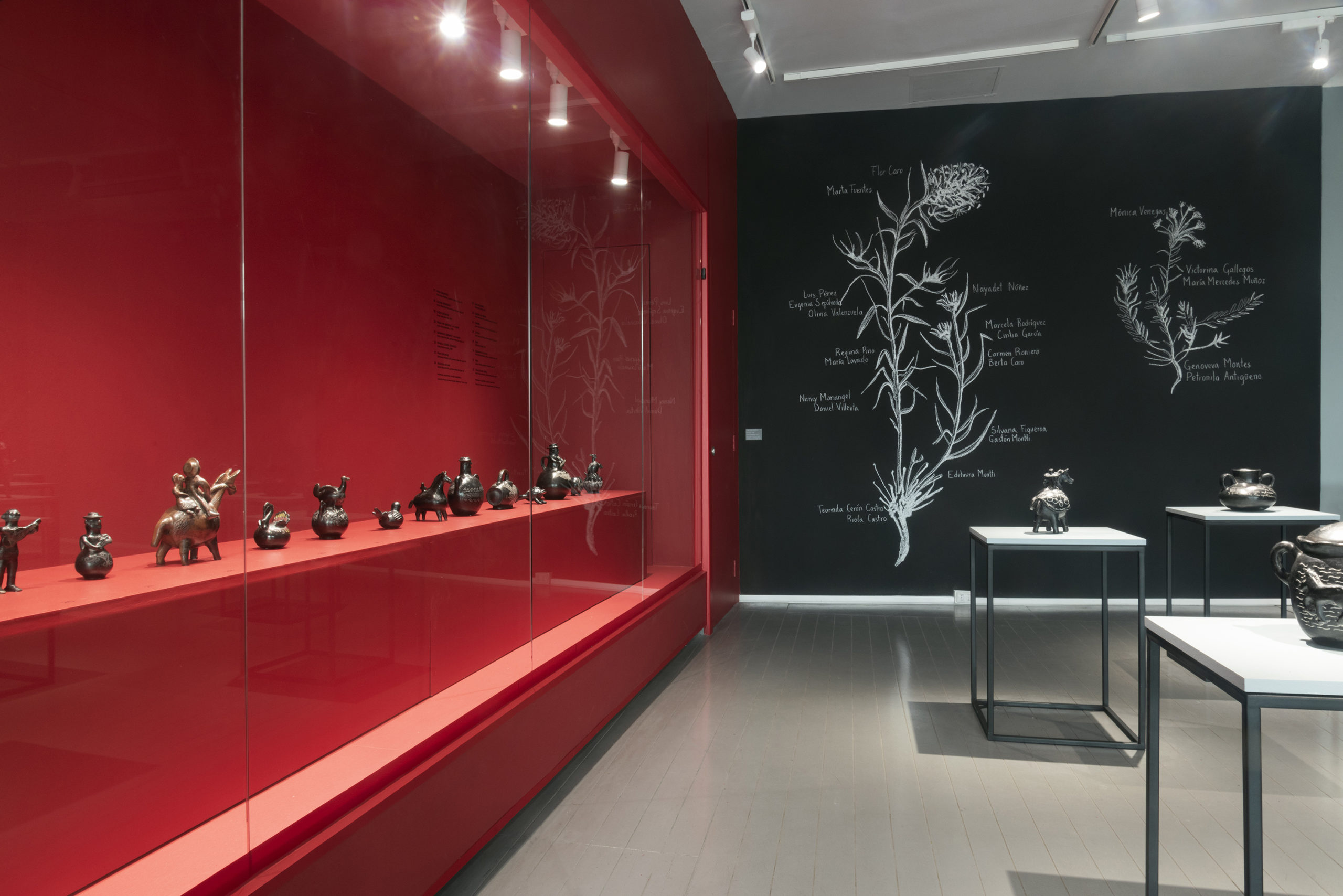 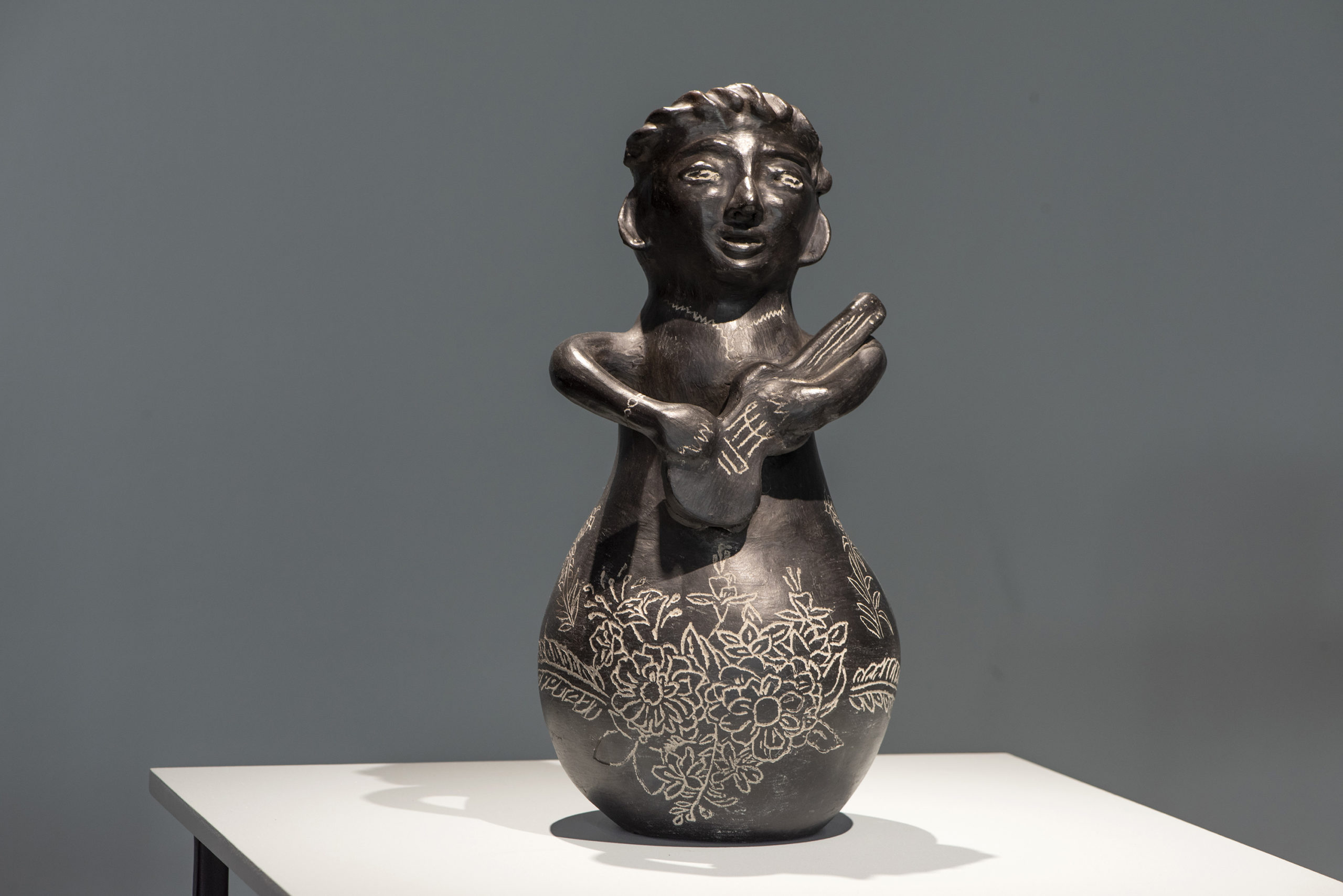